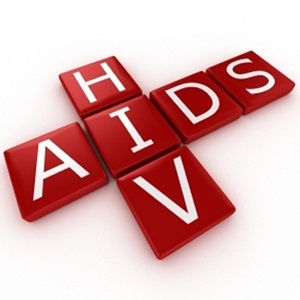 Semen appears to interfere with microbicide gels to prevent HIV, possibly explaining why they work in the lab but not in real-life situations, scientists said Wednesday.

Protein fragments found in semen hamper the work of microbicides applied to the vagina, said the report in the journal Science Translational Medicine.

Known as amyloid fibrils, these particles in semen "act like glue to attach HIV particles to the cell surface and boost viral infectivity," said the study led by scientists at the University of California, San Francisco and the University of Ulm in Germany.

"This effect overpowers the anti-HIV activity of microbicides."

These microbicides were originally developed as a way to empower sub-Saharan African women who may not be able to negotiate condom use with their partners.

"However, the first generation of microbicides were largely ineffective or worse, some even leading to increased transmission of the virus," said senior author Warner Greene, director of the Gladstone Institute of Virology and Immunology.

Co-author Nadia Roan, assistant professor-in-residence in the Department of Urology at the University of California, San Francisco, said the latest research builds on earlier studies.

"We've shown previously that semen enhances HIV infection, but this is the first time we've shown that this activity markedly reduces the antiviral efficacy of microbicides."

The effect was the same among all microbicides tried in the study except Maraviroc, which is under consideration for use as a microbicide and is used currently as a treatment for HIV/AIDS.

It acts differently than microbicides that attack HIV itself, and instead binds to an entry co-receptor on host cells to stop the virus from entering the cell.

"The results indicate that Maraviroc is a promising microbicide candidate, and suggest that future microbicides should be tested in vitro in the presence of semen," said the study.

More work is needed to develop a "compound or cocktail of drugs that targets both the HIV virus and these amyloid fragments and to test its effectiveness," said senior author Jan Munch from the University of Ulm.

Read more:
Giant pink condom rolled out in Sydney
Tutu: Fight against HIV/AIDS not over yet
How circumcision reduces HIV risk

We live in a world where facts and fiction get blurred
In times of uncertainty you need journalism you can trust. For 14 free days, you can have access to a world of in-depth analyses, investigative journalism, top opinions and a range of features. Journalism strengthens democracy. Invest in the future today. Thereafter you will be billed R75 per month. You can cancel anytime and if you cancel within 14 days you won't be billed.
Subscribe to News24
Next on Life
HIV & pregnancy