It has been more than a year since the first Covid-19 vaccines were approved for emergency use and rolled out in multiple countries worldwide.

To date, more than 10 billion doses have been administered globally. But this rollout has also brought to light the inequitable vaccine distribution that has left low- to-middle income countries behind, said WHO Director-General, Dr Tedros Ghebreyesus:

Ghebreyesus was speaking at a media conference at Tygerberg Medical Campus on 11 February following a high-level visit to the mRNA vaccine manufacturing hub and vaccine research sites in Cape Town.

Purpose of the hub

The hub was set up to boost vaccine production capabilities in low- to middle-income countries. These countries will be able to receive training in how to produce certain vaccines and the relevant licences to do so.

How it will work

Afrigen itself is the hub, and is ready to operate. Afrigen recently announced that it is in the process of producing a replica of Moderna’s mRNA Covid vaccine, but adapted to low- to middle-income countries with fewer storage constraints.

In other words, the company is using publicly available information about the Moderna vaccine to replicate the technology. Once they have successfully developed and trialled the vaccine, Biovac will mass-produce it for national use. Outside Afrigen, which houses the equipment and technology for the mRNA vaccines.
Zakiyah Ebrahim A HyPerforma single-use fermento at Afrigen. Scientists use this to cultivate E. Coli, which makes the DNA that is extracted and purified. The DNA then forms a template for the mRNA.
Zakiyah Ebrahim Dr Soumya Swaminathan, WHO's Chief Scientist, says many countries did not have vaccine manufacturing capabilities and ended up suffering badly in the pandemic because of the inequitable access to Covid vaccines.
Zakiyah Ebrahim

Why was SA chosen?

South Africa was chosen as the host of the mRNA tech transfer hub due to its infrastructure, experience in tech transfer, and scientific excellence, among other factors. The hub is a first for Africa.

Biovac will be the first "spoke" (there will be others in Africa as well as other developing countries like Indonesia and Argentina who will benefit from this initiative). This means once Afrigen is ready with their mRNA vaccine, it will move to Biovac to be upscaled. Dr Morena Makhoana, CEO of Biovac, holds a small, cylindrical bottle called a vial. It is more efficient than a pre-filled syringe during a pandemic as it can hold more vaccine, he said.
Zakiyah Ebrahim A close-up shot of Dr Morena Makhoana holding a vial, which is made of extremely tough glass.
Zakiyah Ebrahim A shot of the machine labelling vials which will ultimately hold Biovac's 6-in-1 vaccine that protects against six childhood diseases.
Zakiyah Ebrahim The labelled vials for the 6-in-1 vaccine produced by Biovac. The machine can label 200 vials per minute.
Zakiyah Ebrahim

Ghebreyesus added: “More than half of the world’s population is fully vaccinated, and yet, 84% of the population of Africa is yet to receive a single dose. Much of this inequity is driven by the fact that, globally, vaccine production is concentrated in a few, largely high-income countries.”

One of the most obvious lessons of the pandemic is the urgent need to increase local production of vaccines, especially in low- and middle-income countries.

That’s why in April last year WHO issued a call for expression for establishing a technology transfer hub for mRNA vaccines. The turnout of applications was high, but South Africa was chosen as a hub because of several reasons.

This type of advanced technology is potentially easier to scale than other vaccine technologies, as explained by the WHO. It could also be faster and easier to adapt to variants of concern.

Afrigen’s first goal is to produce a trial batch of vaccines to demonstrate that the product they have made is not inferior to the other products on the market, said the director of the mRNA hub, Dr Caryn Fenner.

Dr Elize Willenburg, product innovation executive at Afrigen, told Health24: “It’s all quite a long process. We would need to do animal trials initially. Right now, we’re still in development, so it's still quite early. We’re taking everything that’s publicly available and then using that to make our own vaccine.”

Fenner told Health24 that Afrigen is aiming to produce clinical trial material by the end of 2022 for Phase 1 of the clinical development.

“And you need all that data (phase 1, 2 and 3 and it ends in a pivotal study) before you can register the product,” she said.

According to the WHO, the first approval of the vaccine may happen in 2024. The spokes in countries receiving the technology should secure approval shortly thereafter. A scientist working in the Biomedical Research Institute building. 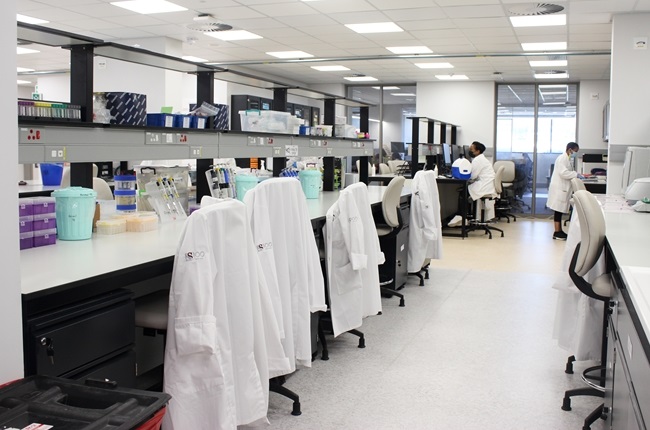 Inside the Biomedical Research Institute (BMRI). An automated machine at the BMRI that is used to extract the DNA or RNA out of a sample and put it in a sequencible format. 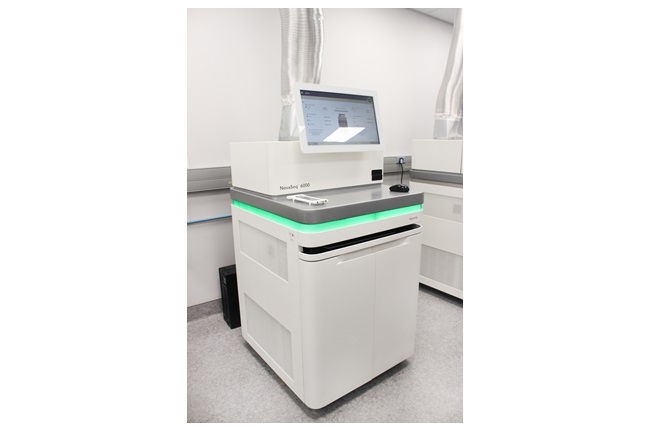 Several experts involved in the project commented on the long-term focus of the hub, noting that it wasn’t just to produce a Covid vaccine, but also honing in on other, often neglected, diseases in Africa, such as TB, malaria, and HIV/Aids.

“What’s exciting about this project isn’t the speed at which the vaccines are going to be made available. It’s about the capacity that is being built here in Africa and the ability to create a vaccine that can be modified and changed, possibly even to make a TB or HIV vaccine, and that technology is transferred to others. That is so different from anything out there at the moment," Gelise McCullough, Head of Communications at MPP, told Health24.

What you see at the moment is a lot of people literally coming along with an almost-finished product, making it up here, and sending it out. But that doesn’t leave a footprint. What we really want here is that footprint to stay so that in future, it’s here and these vaccines will be made for the people who need it.

Fenner also weighed in: “We are not necessarily going to have a Covid vaccine within the next two years, but importantly, we’ll build capacity and a platform so that we are ready for future pandemics.

“We can start to look at the other diseases of interest, particularly in low- to middle-income countries where there is a high burden of disease that doesn’t really affect richer countries, so that’s the ultimate [goal] of having this hub.”

Ghebreyesus said the initiative was a “strategic solution” to vaccine inequity. While SA was chosen as the global hub, the idea is to build global capacity, especially in low-income countries, so that this issue is addressed.

This is an investment that could possibly be a game changer. Whatever time it takes, the key is the quality of it. It’s a strategic solution for the problem we're facing now – it will address the equity issue and strike straight on the monopoly issue.

Belgian Minister of Development Cooperation, Meryame Kitir, who was part of the delegation, said: “In my eyes, this is a better solution than a patent waiver because you make the country self-resilient. There is a formula, and it is open.”

Kitir said that it was “simply not acceptable” that at this point, only 10% of Africa’s population have been fully vaccinated, due to vaccine inequity. 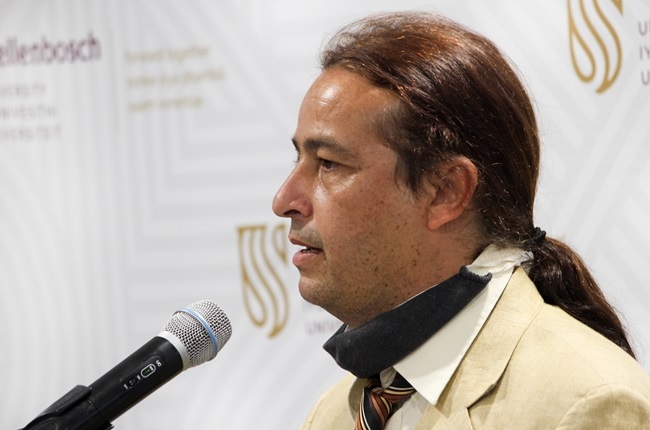 ‘We’re going to do things differently’

“Not only are we going to use all this basic science to produce the first mRNA vaccines in the developing countries, but we're going to do it differently – we’re not going to hoard vaccines,” said professor Tulio de Oliveira, director of KRISP and CERI. The scientist and his colleagues first identified the Beta and Omicron variants of the Covid virus.

“We’re going to share the knowledge with other developing countries and show that it’s possible to do it differently,” he added.

READ | Covid-19 pandemic 'acute phase' could end by midyear, says WHO boss - but depends on one condition

We live in a world where facts and fiction get blurred
In times of uncertainty you need journalism you can trust. For 14 free days, you can have access to a world of in-depth analyses, investigative journalism, top opinions and a range of features. Journalism strengthens democracy. Invest in the future today. Thereafter you will be billed R75 per month. You can cancel anytime and if you cancel within 14 days you won't be billed.
Subscribe to News24
Next on Life
Cat transfers Covid-19 to human in first documented case