Enterovirus sickens hundreds of kids in US 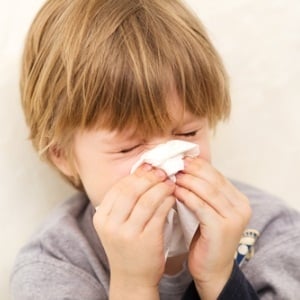 The virus, part of the family of viruses that includes the common cold, can sometimes require hospitalisation, especially for children with asthma.

More cases will be confirmed in the coming weeks because the testing for Enterovirus D68 is complex and can only be done by the CDC and a small number of state-run laboratories, the CDC said.

The first cases were diagnosed last month in Midwestern and Western states and have now spread to the Northeast and Louisiana.

Enteroviruses are common in September as kids head back to school, with an estimated 10 million to 15 million people infected each year. But doctors believe this particular type of enterovirus is causing more severe cases than in the past, and can be troublesome for kids with asthma.

The virus is also hard to track because it causes symptoms similar to many other infections, including the common cold, experts have said.

"It is important that we follow common sense rules to prevent the spread of this virus, as we do for flu and other contagious illnesses," New York state acting Health Commissioner Dr. Howard Zucker said in a statement. "Because there is no specific treatment or vaccination against this virus, our best defence is to prevent it by practicing proper hygiene."

Illness associated with the Enterovirus D68 infection typically lasts about a week. Children will appear to have a severe cold, with runny nose, sneezing and cough. But the illness can escalate quickly in some cases, and the child may start to have trouble breathing. It's typically transmitted through close contact with an infected person, or by touching objects or surfaces contaminated with the virus and then touching the mouth, nose or eyes, according to health officials.

Antibiotics won't work against a virus, and there is no antiviral treatment available for Enterovirus D68, public health officials said.

The CDC is asking doctors and public health officials to consider Enterovirus D68 as a potential suspect if widespread respiratory illnesses start occurring in their communities.

"Hand washing is paramount, and teaching kids not to touch their faces with unwashed hands is the point," Horovitz said. "Any child or adult with flu-like symptoms or common cold symptoms should be seen, evaluated and followed by doctors for any respiratory complications."

Children and adults should wash their hands with soap and water for at least 20 seconds on a regular basis. They also should avoid contact with people who are sick, and stay home if they themselves fall ill. Kids with asthma need to stay on top of their symptoms and take their medication, public health officials said.

The virus tends to "produce severe shortness of breath in children who may not have asthma. Therefore, children with asthma must be watched closely by doctors if they contract the virus," Horovitz said.

Enteroviruses are very common, according to the CDC. There are more than 100 types of enteroviruses. People who come down with a bad summer cold often have been laid low by an enterovirus, the federal agency said.

Respiratory diseases will worsen with climate change
Cold or flu?
Natural cures for the common cold

We live in a world where facts and fiction get blurred
In times of uncertainty you need journalism you can trust. For 14 free days, you can have access to a world of in-depth analyses, investigative journalism, top opinions and a range of features. Journalism strengthens democracy. Invest in the future today. Thereafter you will be billed R75 per month. You can cancel anytime and if you cancel within 14 days you won't be billed.
Subscribe to News24
Next on Life
OPINION: World Rabies Day - UP Vet Science prof advocates for better awareness of rabies prevention