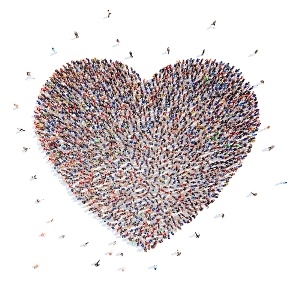 The so-called "love hormone" oxytocin affects human behaviour in much the same way as alcohol does, British researchers report.

Oxytocin is a hormone involved in mother-child bonding, social interactions and romance.

Read: The fear of being social

Previous research has shown that oxytocin boosts socially positive behaviours such as generosity, empathy and altruism, and makes people more willing to trust others, the researchers said.

The research team at the University of Birmingham analysed existing research about oxytocin and alcohol and "were struck by the incredible similarities between the two compounds," researcher Ian Mitchell, from the School of Psychology, said in a university news release.

"They appear to target different receptors within the brain, but cause common actions on GABA [an amino acid] transmission in the prefrontal cortex and the limbic structures. These neural circuits control how we perceive stress or anxiety, especially in social situations such as interviews, or perhaps even plucking up the courage to ask somebody on a date. Taking compounds such as oxytocin and alcohol can make these situations seem less daunting," Mitchell explained.

The study was published in the journal Neuroscience and Biobehavioural Reviews.

"I don't think we'll see a time when oxytocin is used socially as an alternative to alcohol, but it is a fascinating neurochemical and, away from matters of the heart, has a possible use in treatment of psychological and psychiatric conditions," investigator Steven Gillespie said in the news release.

"Understanding exactly how it suppresses certain modes of action and alters our behaviour could provide real benefits for a lot of people. Hopefully, this research might shed some light on it and open up avenues we hadn't yet considered," he said.

Image: Love among people from Shutterstock

We live in a world where facts and fiction get blurred
In times of uncertainty you need journalism you can trust. For 14 free days, you can have access to a world of in-depth analyses, investigative journalism, top opinions and a range of features. Journalism strengthens democracy. Invest in the future today. Thereafter you will be billed R75 per month. You can cancel anytime and if you cancel within 14 days you won't be billed.
Subscribe to News24
Next on Life
Stressful Christmas? How meditation can (and can’t) help you through a nightmare lunch