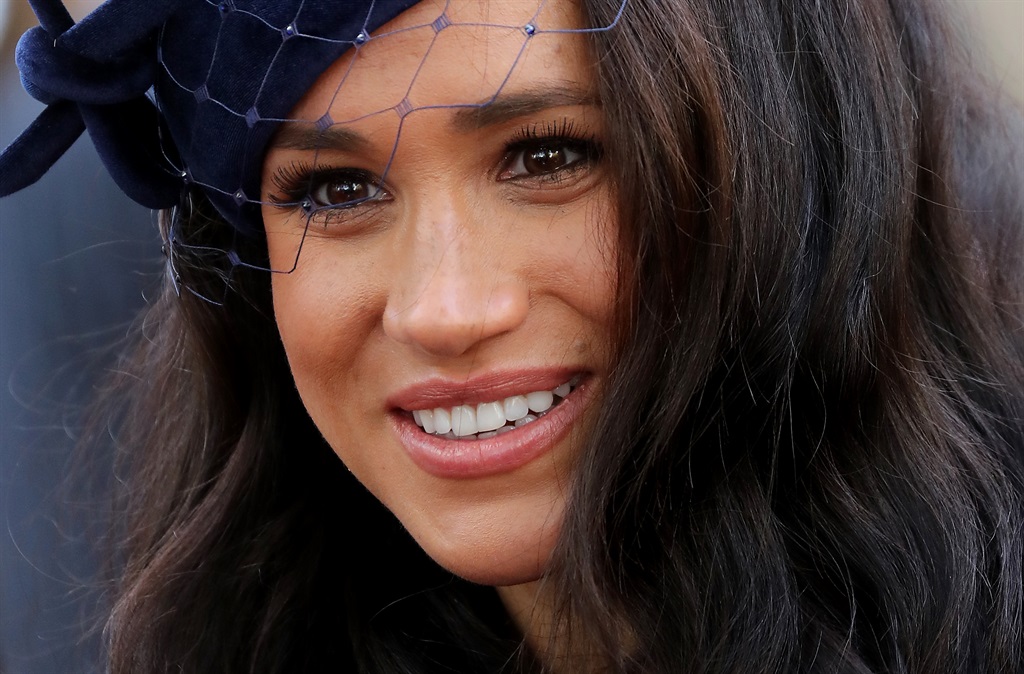 Meghan, Duchess of Sussex, attends the 91st Field of Remembrance at Westminster Abbey on 7 November 2019 in London. (Photo by Chris Jackson/Getty Images)

The problem with the racism (and sexism) monster is that the more you feed it, the greedier it becomes. So despite being lied about and gagged, Meghan Markle's blackness will always be a thorn in her detractors' side.

As any black woman would know, being ridiculed, disrespected and treated as an outsider is nothing to write home about in our lives – it happens all the time.

So I was hardly surprised with any of Meghan's revelations about her ordeal at the royal house. Most importantly, I knew she was telling the truth and likely not sharing the worst of it.

For one, it's the height of rudeness and bigotry that your unborn child's skin tone should become an issue of contention while you're pregnant. It's nothing short of nauseating. However, thousands of black women can share a similar story, and worse.

Racism and sexism against black women is not a myth or acting by "manipulative Meghan", as some have suggested.

I recently read an article that suggested she lied about the bulk of her claims, and I was disturbed. Because how can you possibly debunk it when someone says she was offended? It's ludicrous. When she was offended by how she was treated, nobody can say she lied. That's how she felt and it ends there.

This denialism is precisely the type of behaviour that seeks to keep black women door-matted and on the outskirts of life.

It's no surprise that despite her tear-jerking (and might I add brave) interview with Oprah Winfrey, numerous bigoted social media users went on to attack Meghan. Then enter Piers Morgan, who called the Oprah interview a two-hour "trashathon" of the monarchy.

One way to describe his behaviour and so-called freedom of speech is as his co-worker did. This came after, in one of Piers' now-famous "Meghan bashing" outbursts, he questioned the Duchess of Sussex's legitimacy when it came to her suicidal ideation.

In another segment on Good Morning Britain (GMB), which he called an "absolutely disgraceful betrayal", he dismissed claims that racism drove Meghan and Harry from the royal family. During the segment, GMB guest Dr Shola Mos-Shogbamimu, a political and women's rights activist, gave the TV host a history lesson in colonialism before calling him "disgusting".

In another clip Alex Beresford, Piers' GMB colleague, noted that watching Piers attempting to justify the question about Archie's skin tone and his denial of Meghan's mental health challenges was painful to watch. Alex added, "That's pathetic. This is absolutely diabolical behaviour." Ditto!

Since then, Piers has quit Good Morning Britain after Ofcom, the regulator and competition authority for the UK communications industries, received more than 41 000 complaints – one of them from Meghan, according to Variety.

The only sad thing about Piers leaving Good Morning Britain is that he thinks he quit, when in fact, the public stood up to him and put him (and his arrogance and racism) in his place.

Piers' racism is the kind that refuses to acknowledge its own existence, hiding behind the notion of freedom of speech to perpetuate the oppression of women and black people. It's "diabolical" – and sadly more widespread than it should be in 2021 – or ever.

We live in a world where facts and fiction get blurred
In times of uncertainty you need journalism you can trust. For 14 free days, you can have access to a world of in-depth analyses, investigative journalism, top opinions and a range of features. Journalism strengthens democracy. Invest in the future today. Thereafter you will be billed R75 per month. You can cancel anytime and if you cancel within 14 days you won't be billed.
Subscribe to News24
Related Links
A look back at Meghan Markle’s maternity style as the Duchess and Duke announce second pregnancy
Duchess of Sussex, Meghan Markle grateful to Oprah Winfrey for befriending her mom
Meghan Markle could be the 'most sought-after speaker in the world'
Next on Life
How small acts of kindness can make you happier and healthier