SAFTAs 11 nominees have been announced The National Film and Video Foundation (NFVF) Stakeholders,  members of the media, respected members of the South African film and television industry all came together in Bryanston on February 16 for the prestigious SAFTAs 11 Golden Horn nominee’s announcement.

Here are some of the people who attended the event: 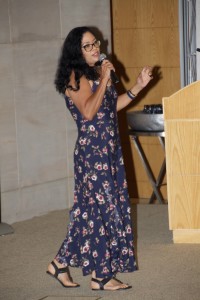 "The NFVF would like to acknowledge and thank all the 181 SAFTAs 11 judges for their invaluable contribution and dedication to the adjudication and voting process that started in December 2016. Their work under the directorship and guidance from the three overall judging chairs; Jerry Mofokeng, Firdoze Bulbulia and Dr John Kani  has finally resulted  in  a crucial and exciting part of the SAFTAs 11 journey concluding the SAFTAs 11 nominees," said  Xolelwa Nomgca Marketing and Communications Manager of NFVF.

Here are some of the nominees: