DJ Zinhle clearing the air about her relationship with Bonang

In a recent radio interview, DJ Zinhle is speaking about some of the adversities she penned in her book, Meeting Your Power. She says she had to forgive both rapper AKA and media personality Bonang Matheba.

“Forgiveness is the gift you give yourself. I had to forgive everyone. The longer you hold onto anger and resentment, it doesn’t affect anyone but you,” she shares.

During the break up, it was reported that the two ladies were best of friends, making Bonang the ultimate betrayer for stealing her friend’s boyfriend. But the deejay says they were never friends, they just happened to know each other.

“We’ve never been friends before this, but we are cool. We don’t look at each other funny. We are decent girls, we are good girls,” she says.

It’s been a few months since AKA and Bonang called it quits, and the rapper and the mother of his child have been very close lately. The rapper attended Zinhle’s book launch, and the deejay returned the favour by attending his album launch.

AKA admits that he still loves the mother of his child. In the interview, Zinhle was asked if she still loved her baby daddy and if she would take back the rapper. She couldn’t answer any of the questions, saying she doesn’t know.

Related Links
Twitter reacts to DJ Zinhle’s forgiveness for AKA and Bonang
PIC: Kairo gets two puppies for her birthday
PICS: Inside Kairo's swan-themed 3rd birthday party
Share
Next on Move!
Simphiwe Dana on letting go and ‘no longer fighting with deadbeats’ 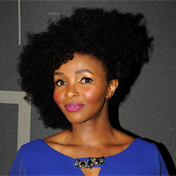