Former prostitute on how she managed to turn her life around 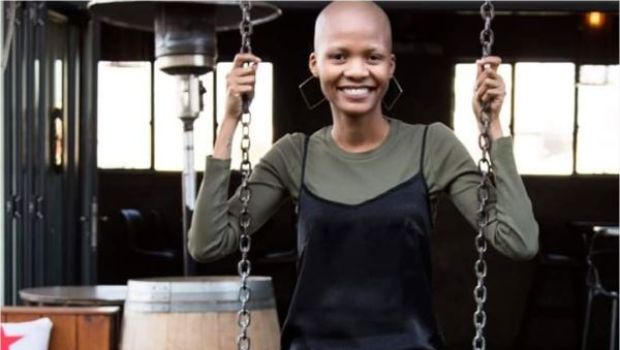 She is only 24 years old, but Mmathabo Mooa has gone through things that could send chills down your spine.

At the age of 15, she ran away from home to live on the streets of Polokwane. As a result, she became a prostitute just to get a place to sleep. She thought running away from home after years of harbouring deep resentment and pain, would solve her problems, but instead she suffered multiple rape incidents on the streets which left her in an emotional mess.

RUNNING AWAY FROM HOME

Mmathabo grew up in Ga-Mphahlele Lekurung, Limpopo. She grew up in a home that gave her a ‘perfect upbringing’ as she puts it. Her decision to run away from home was brought on by frustration and her way of escaping what was going on secretly in her life. No one knew what was going on and she could not bring herself to say it. “I was raped by my dad’s cousins when I was seven and again when I was 11. This later caught up with me so I resented my father. I wanted him to die,” she says.

At first, running away from home brought on relief, she felt like she could breathe easily and live her life. “Running away from home brought into my heart a happiness I had never felt before. But her joy was short-lived and her plan did not work-out instead she was in a more compromising and dangerous situation because of prostitution,” she says.

As a teenager, she didn’t have anywhere to go and she didn’t know what she was going to eat or where she was going to sleep. Her desperation led her to prostitution. “I did not miss home even one bit. I just wanted it to go on and on and never stop. I was reasonably cheap because I did not have many requests. All I needed was a roof over my head until morning came,” she says.

Life soon went downhill and Mmathabo started going through difficult times. The scariest ordeal that shook her and made her think twice about the life that she was living was when she was dragged into a bush, raped and threatened to be stabbed to death. “He threatened that he would stab me to death and throw me into the river where no one would find me after he was done with me,” she says.

Her family did not know where she had gone. She had left her small town to go to Polokwane which is a long drive from Ga- Mphahlele Lekurung, where she was raised. “No one on the streets tried to get me off the streets because I never admitted to anyone that I was homeless. Instead, I acted like I was a resident in the area and had my life together. I could never admit that I was a prostitute or a homeless person,” Mmathabo says.

After months of living on the streets as a prostitute, in 2008 the police found her and took her back home to her mother and two little siblings. Her aunt, who lived in Tembisa, east of Joburg, decided to take her in and raise her like her own.

Living in a different environment and without seeing her rapists near her, she was able to go back to school and have a normal teenage life. After two years of staying with her aunt, she went to live with her father who also lived in Tembisa. But after some time her father kicked her out because she was uncontrollable. When she was 18, she went back to prostitution and this time, she was selling herself for money. “I rented a room and was able to pay my own bills, this while still in school.” It took just over a year for her to stop prostitution again, this after mending her relationship with her father. She went back to live with her aunt again.

It has been years since Mmathabo turned her life around but she is taking it one day at a time, healing all the wounds from her childhood and living a mentally healthy life. “I have suffered depression. I cannot count the number of men I have slept with using my fingers or the sticks in a match-box, the list is longer than the tallest of buildings,” she says. The process of healing is not complete, for her, it is not a destination but it is a journey she is finding to be fulfilling. “I didn’t always know that I wanted to stop what I was doing but the right people found me, like my aunt who took me in. I lost interest in looking for comfort from the wrong things and people,” she says. “Then I knew it was God who wanted to turn my life around, healing is a process, so as time went on I decided to share my story.”

She says she accepted what has happened to her, forgave herself and forgave those that have hurt her from when she was a child and let God intervene in her life. “I am taking things a day at a time and because I am not ashamed of my past, I am able to speak about my experiences without feeling like I am less of a human and undeserving of love,” she says.

Mmathabo has written a book, titled What Other Choice Did I Have, where she shares in detail the stories of her life’s experiences. “I focus on helping others. I also get involved in projects that are building and empowering for women. It’s uplifting to hear stories from women coming from all different walks of life,” she says.

MENDING PIECES OF HER LIFE

Mmathabo is dedicated to mending pieces of her life, she has also recently graduated with a transport and logistics qualification and she looks forward to enrolling for a degree in psychology. Although she has had bad situations with men, she says that she has no hatred towards men in general. “I see a good man and I won’t tolerate a man that does bad. I cannot paint everyone with the same brush. I am not bitter towards any men, especially if they don’t give me a reason to be bitter. I am not bitter, can never be. Life is too short. My life is unfolding very well, today I’m a family woman,” Mmathabo says. dad in Joburg and says their relationship is better than ever.

Mmathabo is a mother now and in a stable relationship with her boyfriend.