STRIKE a pose! Going to Grade 1 is a pretty big deal and the Move! PEP First Grader winner Ndzalo Mnisi gets to start the year R5 000 richer – with an added R2 000 for his new school. Talk about starting the year on a high note. The adorable six-year-old from Bushbuckridge in Mpumalanga stole our collective hearts and got the most votes in the awesome competition in association with PEP.

Ndzalo’s mother, Tumelo Mawela, says she is still shocked that her bundle of joy managed to come out tops in this competition and it’s all thanks to her family and colleagues.

She reveals about her only child who’s now officially a big boy, “He was neither excited nor scared about starting Grade 1 but I could tell when I went to drop him off that he was not his usual self”.

Ndzalo’s tears were only seen upon his return from school that day. “He cried when he came back from school because his transport was late in picking him up from school. But the following week, he didn’t want transport to fetch him early from school like before,” says Tumelo, giggling. It sounds like he’s settling just fine.

And while Ndzalo has not decided what he wants to do when he grows up, his mother adds, “I will support whatever career path he decides to take, but I will not support a gap year after matric,” she firmly says.

Tumelo plans on putting some money away but will also treat her son. “I have not told him yet that he has won the competition because I know he will want something new immediately,” she confesses.

“I will tell him once the money is in the bank.”

Other winners and prizes Stellenbosch-based Corlia Basson and six-year-old Lambert are in third place and are now R2 000 richer. Sakhile Khoza from Mpumalanga is PEP’s grand prize winner who walked away with 10 000 cash and R6 000 for his school. 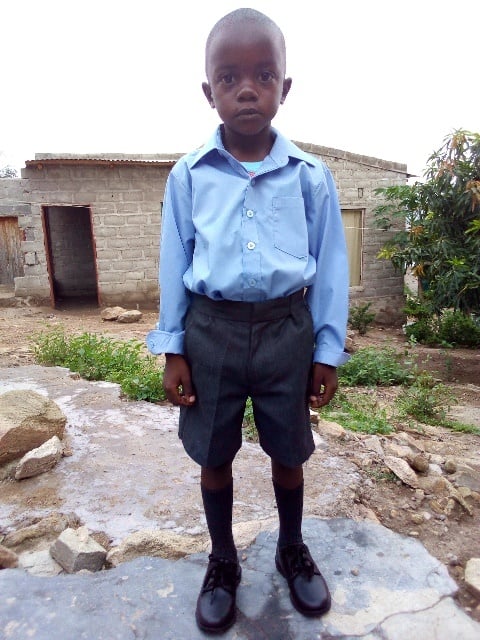 Share
Next on Move!
A bolder hair makeover with the power of MEGA