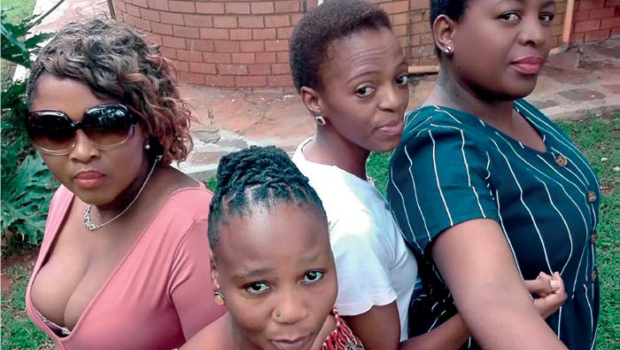 THE BEGINNING: The Rekopantswe Stokvel was formed in 2013 and consisted of 15 members.  Over time, members started pulling out, particularly when it was time to meet and contribute.  Since 2017 there has only been four members, but the group could not be happier.

“It has been great so far, we have become so close and share things that happen in our lives with each other,” says member Martha Duiker.

They love being a small group and don’t feel the need to add more members. The current members are Martha Duiker, Grace Mokoto,  Mmenyana Mophulane and Masego  Mogakabe.

MEETINGS AND MONEY: The women meet on the first Saturday of every month. At these meetings, they each contribute R200. There are times they are swamped with their respective jobs and can only chat on WhatsApp.

Initially, their collected funds were meant to help members with funerals, birthday parties or weddings. But as time went on, the members became more relaxed about what the money is spent on and now spend the money on other needs when there are no big events.

“From the R200 we also decided that we will save R50 for a December trip,” Martha says.“This was initiated last year.”The remaining R150 will still be for funerals, weddings and parties or other items as needed during the year.

RULES AND FINES: If a member does not contribute their R200 the end of the month, they pay a R50 fine.“We have opened an account and  as a group, we are allowed to borrow  money from the account but whenever  you repay, you pay an additional R50  and this money goes towards our endof-  year trip,” Martha says.

Read more: Struggling to save? This is how you can join a Stokvel

FUTURE PLANS: Their stokvel has inspired another idea – the Rekopantswe Stokvel would love to start a catering company too.“We would like to have a small catering business that we can start at home and hopefully grow together, over time,” Martha says.

“Mmenyana and I already do décor at events.”  The kitchenware that they have bought throughout the year, from their contributions when there are no events, will be put to good use with their new venture.

Stokvel Corner: Paying off your debt is a great (although not instantly gratifying) way of spending your stokvel pay-out. You could put this money into yourbond repayments, pay off credit debt   or settle a loan. By paying off debt, you will save on interest being added every month.

Pay the account you are closest to settling first or the one with the highest interest rate.This will lower your financial burden and improve your credit   score.

Share
Next on Move!
This Vukuzenzele stokvel contribute R200 monthly to take the money hassle out of Christmas shopping