Gugulethu, now 37, started experiencing what seemed like uncontrollable menstrual bleeding to a point that her womb was removed. Bleeding is a very private experience for a woman but when it happened frequently and publicly, it was hard for Gugulethu to recover from the humiliation.

The best solution to her persisting problem was to go through the major medical procedure. This turned her life upside down, which left emotional and psychological scars, that she had to deal with in the past four years.

Gugulethu grew up in Tsakane and KwaThema, townships in the east of Johannesburg. To fault her upbringing at home would be a lie.

She says she was raised in a warm home where she was told she could do and be anything she wanted to be.

“I grew up in a home that believed in education. Growing up as the only child, until my mother had my brother when I was 11 years old, I was assured that I can reach greater heights in life,” she says.

That solid foundation helped her reach milestones in her career as a sought-after marketing executive, driving conversation in boardrooms. In between climbing the corporate ladder, she had also taken a spiritual journey of becoming an evangelist.

When My God is at work! He don’t sleep nor slumber all up the whole night making it all work for his own me?? #emotionalhealth #godlovesyou #thethingssheremembered #encouragement #mentalhealth #testimony #change #god #church #christian #mentalwellbeing #faith #love #mentalillness #biblescriptures #laylow #selfhealth #blogspot #selfesteem

During a special day where she was being ordained as an evangelist at the Jesus Planted Vines based in Johannesburg, a humiliating experience happened.

“I will never forget that incident where I bled during my ordination. I could not stand up as I had bled beyond the sanitary towels I had. A moment that was meant to be my happiest turned sour. The whole ceremony had to be done with me sitting wrapped up in cloths. I had to preach while seated,” she says. The bleeding would happen anywhere and anytime. She had to always be prepared. God will take you through the toughest test because He wants to use you as a testimony.

Gugulethu started bleeding in 2014. After seeking medical assistance, she went for her first minor procedure in 2015. But this didn’t stop her problems as the bleeding would persist.

“I would be pulled aside by strangers at a mall to tell me I was bleeding,” she says.

In October 2017, the same symptoms started again and she got worried because she was also experiencing pain.

“At first, I thought it was normal periods or excessive bleeding because of the Mirena I had, which is a contraceptive, that is inserted in the uterus and stays there for up to five years. It is made of soft flexible plastic. Thus, I didn’t think much of it until I started feeling severe pains and bleeding,” Gugulethu explains.

The doctors gave her the option to undergo medical procedure as her fibroids had become more than anticipated. The last straw was when she was admitted for an emergency procedure, a week before her hospital appointment.

“It was a Monday morning. While with my team going through reports, I bled out into my clothing and I literally had to wait for everyone to leave and ask a female team member to stay behind. I was escorted out wrapped up in their jackets and right there, I had to tell my boss that I was headed out to hospital,” she says.

She had lost a lot of blood and the procedure to remove her womb was done immediately. She says her life was affected, especially as a wife and her confidence also subsided. But that is the reason why as the woman of God that she is, she has allowed God to use her as an instrument for other women who might be going through the same situation and might not have the confidence to overcome whatever they are going through.

Knowing God was with her all the way was encouraging but she had to dig deeper into herself to find strength to overcome. Gugulethu is a mother of two, a 14 year old and an eight year old.

She says, “I felt emotional thinking I can’t have children anymore because I no longer have a womb. But it improved the quality of my marriage in knowing I had a supportive husband who loved me despite what I was going through. It affected me at work as I had to be off for some time.” Gugulethu says she sometimes suffers mentally, physically and spiritually.

“It’s a moving process. Mentally, you think you are still bleeding when you are not. Physically, you are unable to do things you used to do. My core and abdominal are no longer as strong, it’s a recovery process. But mostly the emotions you go through when you see other pregnant women are difficult to overcome. Even though I have two beautiful children, there’s still that low voice that says you can never fall pregnant again, even if you wanted to,” she says.

In a society where a woman who can’t have children is frowned upon, Gugulethu says, “A woman is defined by her spirit which was given from God to subdue, rule and multiply. Multiplication does not mean children as we learn these days, however the ability to prosper by fulfilling that which she sets out to do,” she says.

“I can stand on the pulpit or anywhere and spit fire because it comes from my own walk and personal experience. The world needs that now: people that have gone through difficulty and saw God taking them through. We have so many people talking but they have not gone through the fire.”

Nothing has stopped Gugu from living fully. She is also a gospel singer who won two Crown Gospel Awards last year and has written a novel titled The Things She Remembered.

Share
Next on Move!
Women who lived off blessers tell their story 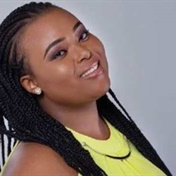