Related Links
Chrissy Teigen talks social media, mom life and why her marriage to John Legend works in recent...
John Legend's daughter Luna is not impressed with her dad's singing
"Only one of us is allowed to freak out at a time" and other priceless advice for couples...
Share
Next on Move!
How to raise a more resilient child 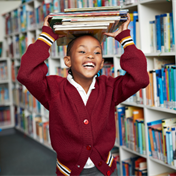