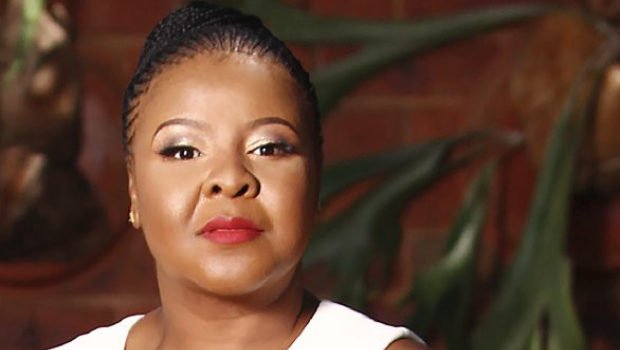 We got to know her as hot-headedness on the popular high school drama Yizo Yizo, then she exchanged her school uniform for a more sophisticated look when she played Madi on Zone 14.

Now Sma Mathibeli (37) is having fun playing a whole new role far from the small screen. She’s now the CEO of the Calvin and Family Group and has her fingers in a lot of pies, including media and security services.

It’s been an interesting ride, she tells Move! when we catchup with her in Durban. But she’s enjoying every bit of it.

CREATE YOUR OWN RULES

Being on TV opened a lot of doors for her, but she knew when it was time to bow out. After delivering memorable performances on the drama series Y izo Yizo 3, Gaz’lam and Zone 14, she decided to quit. Her last TV role was Madi on Zone 14 in 2012.

“I resigned and there were people who thought I was crazy for wanting to leave that role,” Sma tells Move! After Madi "died" on the show, radio came calling – and she jumped at the opportunity.

"I wanted to create content. I was determined to make a mark and I challenged myself,” Sma says. She moved to Durban, where she started her career as a content producer on leading radio stations in KwaZulu-Natal, Ukhozi FM and Gagasi FM.

She left in 2016 to concentrate on business. Although she'd won a number of awards, including an MTN radio award, it wasn’t enough to keep her in media.

She’s been focusing on herself ever since. “Never apologise for being who you are,” Sma says, referring to critics who questioned her decision to walk away from a lucrative career. “Don’t explain yourself too much to others all in the name of validation. Be honest to yourself and create your own rules.”

She refers to herself as the “pilot in command” and group CEO of the Calvin and Family Group. She and her husband of five years, Calvin (31), have a string of businesses across multiple industries.

“When I met him, he was already in business,” Sma says. “We decided to merge and see what we could build.” Jointly, they cover various areas of interest, including a production and media company, a security company, a project management and engineering business, and they're also into property development and construction.

Their businesses have achieved impressive accolades, including putting them into the Forbes Top30 Most Promising Entrepreneurs in Africa, and they were part of the National Entrepreneur Champions (NBC South Africa). Sma and Calvin have thousands of followers on Instagram yet they never brag about their success.

“I don’t like posing next to my car or house because when people see these things, they may think we don’t work hard to get them. I work hard to acquire what I want but I don’t let the things I want acquire me,” she says.

She wants to be grounded and humble. These are qualities she noted in internationally acclaimed Bishop TD Jakes during his visit to the country two years ago.

In her quest to being the best version of herself, she looks up to women such as American icon Oprah Winfrey. “I love her for being stubborn about her dreams,” she says. Another woman she is inspired by is the late struggle icon Winnie Madikizela-Mandela, who managed to make her name and identity known even though she was married to Nelson Mandela.

Sma’s determined to help women develop. She has a series called Sma Mathibeli’s Table: Women in Conversation where Africa’s most inspiring women share stories and experiences that matter – overcoming diversity, entrepreneurship, motherhood, workplace aspirations, body confidence and their advice to the next generation of women.

Women's issues hold a special place in Sma’s heart, and she believes everywoman should be able to hold her own, no matter what industry she’s in or her social standing. Sma knows the challenges of being a working mother and a wife, but it is a journey she doesn’t take for granted.

“Even though perfection doesn’t exist, my children look at me and they think I'm perfect. The least I can do is make sure I'm the best I can be as a mom and someone they can look up to.”

Share
Next on Move!
4 easy ways to keep your small business afloat during the pandemic