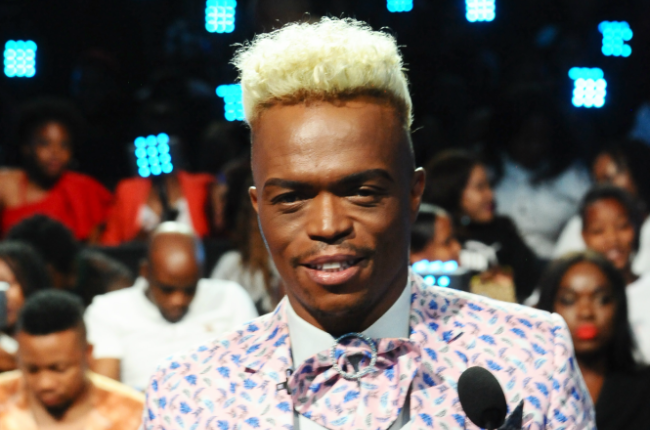 Media personality Somizi Mhlongo has announced he’ll be doing a cooking show in partnership with 1Magic. This comes after fans begged him to show off his cooking and hosting skills in his own show.

Read more| Master KG and Mkhadzi, Somhale and 3 other couples that make us believe in love again!

But his announcement has received mixed reactions, with some South Africans saying he only got the gig due to his celebrity status.

You fam been asking me to have my own cooking show.....well well well......thanks to u pic.twitter.com/9Pw5RkIPgJ

Somizi has been sharing onset snippets from his show on Instagram, giving followers a glimpse at what to expect from the show and a sneak peek at the guests he’ll be hosting at his home. By the looks of things – Somizi being an unmatched entertainer – the show is going to be filled with jaw-dropping scenes, both of food and due to the conversations he’ll have with industry friends.

No one is stopping the "qualified" chefs from having a cooking show. Somizi loves to cook. Let him interview his celebrity friends and enjoy his life. Everything is a BIG issue on Twitter. Why njalo nithukuthele ngama achievements abantu? pic.twitter.com/U1JzKB6AwG

Can't speak about how the show came about coz I don't have the info on that but I'd watch a Somizi cooking show. I would. Making great TV isn't just about the cooking itself.

Somizi is the perfect person to have a cooking show. It just makes sense. He's an entertainer.

I don’t know hey ... Women like Neo Nontso & Luyanda have held it down for us & people love them. I just wish we would see them on our screens. I wish they recieved opportunities like these ones. https://t.co/lH6ShBvK2q

Here’s who to expect on his show:

In conversation with Ringo Madlingozi and Vusi Nova

In conversation with Siya Kolisi

In conversation with Cassper Nyovest

In conversation with Mpho Pops

Related Links
Somizi to help buy Andile ‘Bobo’ Mchunu’s coffin and calls on everyone to assist the family
From child star to superstar: Somizi Mhlongo's 30-year career in showbiz starting at age 13
Somizi calls on local up-and-coming designers to design looks for him
Share
Next on Move!
Andile Ncube sheds a tear during Covid-19 test