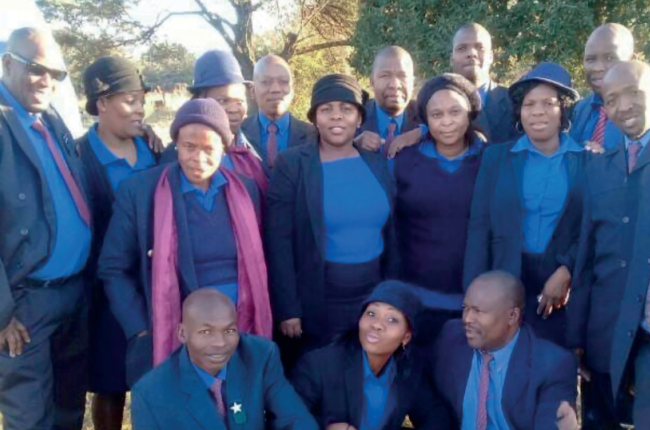 In 1996, a group of friends from Hammanskraal, north of Gauteng, put their social gatherings to good use by forming the Ikageng Burial Society. Ikageng means ‘to build one another’. Absalom Makinta is the chairperson of the society and says it was important for them to form something that could be of assistance during times of bereavement.

Members pay R5 000 to join the burial society. Newly-appointed members are then put on a probation period of three months. They’re allowed to pay the initial fee over three months to ensure no one is excluded. The premium for the society is R200 monthly.

“Having lost my partner recently, I realized the importance of having familiar faces surrounding me,” Absalom says. Members attend funerals to offer support, as well as lending a helping hand leading up to the funeral. In the past, meetings were held once a month but as people’s lives got busier, it was adjusted to once a quarter.

Each meeting is an opportunity for members to come together to discuss and resolve challenges or issues within the society.

Some key benefits of the society include a R5 000 pay out for a dependent (family of a member) that passes away and R10 000 for a main member. Other benefits include transport hire and coffin services. Their navy blue uniforms, required for every member, distinguish the society from others. The uniforms show that they are proud members and that they are a unified body at funerals. Members who don’t wear the uniform are fined.

“We take our society very seriously and have fines for things that aren’t honoured, such as late coming.” It’s no wonder the society has survived so successfully over the years. Absalom says the formula to running a successful society is to have fulltransparency with members, ensure they are serious about the society and to have open lines of communication.

The Ikageng Burial Society has big plans for the future. They already have an investment account that will help them venture into larger projects to grow and empower the society. “We’d love to one day own our own funeral parlour and mortuary,” the chairperson says.

Meetings are an important part of the smooth running of the society, however meeting attendance becomes a challenge and absenteeism is high.

Absalom saw the importance of taking advantage of technology by allowing members to use platforms like WhatsApp to conduct meetings and address important issues. “I realized that we had to move with the times,” he says.

“Now we allow our members to join a meeting wherever they are.” Member premiums are also paid via debit order as the society runs strictly on a no-cash basis.

“This decision was made to address the safety concerns with having members carrying large amounts of cash. By doing payments electronically via debit order, the society eliminated a lot of missed payments that resulted in lapsed policies. “At first, some members didn’t like the option to have premiums paid via debit order, but now it is clear that it’s a preferred method of payment for most of our members.”

If you want your stokvel to be featured in Move!, send us your contact details and a picture of your stokvel members to: move@media24.com .