Growing up, Bulelwa Madikane (32) had to endure the pain of hearing bullies call her parents, “dumb” because they were both deaf. That never changed her love and respect for them, though. She survived the ridicule and honours her parents for how they raised her, and for their love and guidance.

As a firstborn, things were more challenging for her because she would have to be a bridge whenever her parents needed to communicate. From as early as primary school, she recalls,

“When there was a parent meeting at school, I had to be part of the meeting to make sure there's no communication barrier between my dad and the teachers or principal,” Bulelwa tells Move!.

Bulelwa is the eldest of three children.

“Being the firstborn meant I had to grow up quickly as I had to be my parents’ interpreter,” she says.

While she adapted to that, nothing could have prepared her for the ridicule from people in the community.

"Growing up and being fed the idea that you have parents who are dumb sometimes killed my confidence because at times, people will say things that I ended up questioning God, ‘Why me?’”

Read more | "I was retrenched at age 30, this is how I dealt with it and moved forward"

The ignorance and ill-informed perceptions were unbelievable. “Most people were so confused that my parents were able to give birth to hearing children because most of them believed being deaf is a curse. Growing up in a hearing society can be draining at times. People ask strange questions, they can make you feel small,” Bulelwa says.

She recently graduated and dedicated her qualification to her loving parents. 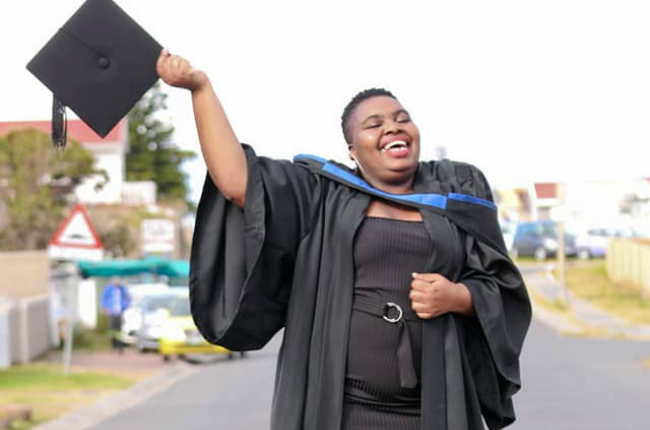 “I thank God through it all I've made it. Here I am today because of my parents, I will never be grateful enough for the things they've done for me. I am a product of [the] deaf community and I'm proud,” she says.

Related Links
Atteridgeville man becomes lawyer at 74: "I was determined to complete this degree"
How to get crowdfunded to make your dreams come true
Nothing can stop Nomvelo Makhanya following her dreams
Share
Next on Move!
Freak sulphuric acid accident scars local woman for life: “I’ve always been beautiful and now all that is gone”