This article previously appeared in the print edition of Move!

It was a bone-chilling sight: a man’s blackened body seated in a burnt-out minibus, his hands still clutching the steering wheel.

For nine-year-old Candice Mama, seeing this picture changed her world forever. For years her mother tried to shield her from the truth of what happened to her father – but one glance at that gruesome shot said it all. Her father, Glenack Masilo Mama, had died a terrible death at the hands of Eugene de Kock, one of the most notorious men to come out of the apartheid era.

The harrowing image caused Candice to sink into a depression that threatened to overwhelm her life until she realised there was only one way to move on: she needed to forgive the man who’d murdered her father.

And so she embarked on a journey that is nothing short of inspiring, even speaking out in support of De Kock’s release at his parole hearing. Her journey is now detailed in her new book, Forgiveness Redefined – a powerful memoir that relives the moment of horror when she saw that terrible picture, revisits her battle with depression and ultimately sees her emerging as a poster child for the power of forgiveness.

Candice hopes her book will provide support to others who’ve endured trauma and help them realise that holding on to grief and grudges only makes the poison seep deeper.

"Because of all the anger I had bottled up towards him, he was essentially killing me to."
Candice Mama

THE PICTURE THAT CHANGED EVERYTHING

The picture of Glenack Mama featured in the book Into the Heart of Darkness: Confessions of Apartheid’s Assassins by investigative journalist Jacques Pauw. Glenack was one of the men known as the Nelspruit Five, a group of Umkhonto we Sizwe cadres who were ambushed and killed in 1992 as they tried to smuggle weapons into South Africa.

Their vehicle – with the men inside – was set alight to destroy forensic evidence. De Kock, a police colonel, was running death squads from Vlakplaas near Pretoria at the time, ordering acts of such brutality he became known as Prime Evil. He was arrested in 1994 and later convicted and sentenced to two Nelspruit Five included, and 212 charges for crimes against humanity.

Candice was only nine months old when her dad died, and growing up she knew very little about him. She would hear snippets of conversation when her mom, Sandra, had visitors over and they would discuss Glenack and the Nelspruit Five.

“I knew my father was dead and I knew he was killed by a man called Eugene de Kock, but that was it. “There was this book, Into the Heart of Darkness, that my mother had and that I knew had a picture of my father in it but I wasn’t allowed to look at it. My mother would show it to the adults who came to out house and they would just cry.” One day, home alone, Candice found the book. “I’d memorised the page number because I’d heard the grownups mentioning it a few times. I turned to the page and saw my dad’s burnt body gripping the steering wheel.” That marked the start of depression, and panic attacks brought on by severe stress. It hung like a dark cloud over her childhood and teenage years until, when she was 16, she woke with a pain in her chest so bad she thought she was having a heart attack. Her doctor said it was a panic attack. “But he said he’d never seen symptoms that severe in someone my age.” 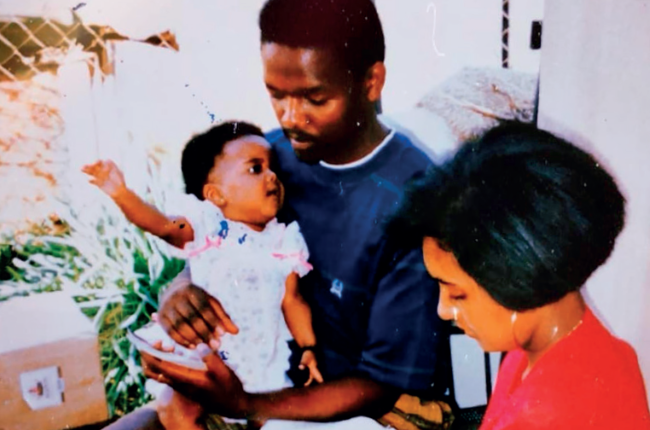 That was a turning point for Candice. “I knew I had to come to terms with my loss. I needed to understand the essence of apartheid because what we were taught at school was very basic.

“The more I understood the system, the better I was able to come to terms with my father’s death.” And the more research she did, the more she realised she needed to forgive De Kock. “This man killed my father and now, because of all the anger I had bottled up towards him, he was essentially killing me too. “I realised I hadn’t really lived – I didn’t know what it was to be happy. That’s why I chose to forgive him.”

It was never her intention to draw attention to herself for forgiving her De Kock, she says, but a post she wrote on Facebook changed all that. The year was 2014 and Candice had been to visit De Kock in prison as part of a National Prosecuting Authority victim and perpetrator dialogue programme. “I met the man who killed my father today and I forgave him,” she wrote on the social-media platform afterwards.

“I think the idea of forgiveness is one everybody should entertain.” Candice had just 100 Facebook friends at the time so she didn’t expect anything to happen – but dozens of shares later her post had gone viral. Requests for media interviews followed along with requests for her to share her story. Meeting De Kock was a true test of whether she could forgive him, Candice says.

“I asked him one question – whether he’d forgiven himself for all the things he’d done. He said to me, ‘When you have done the things I have done, how can you forgive yourself?’ “At that moment I just broke down. For the first time I was seeing someone who wasn’t just the things they’d done but a person who felt pain, like I did.” 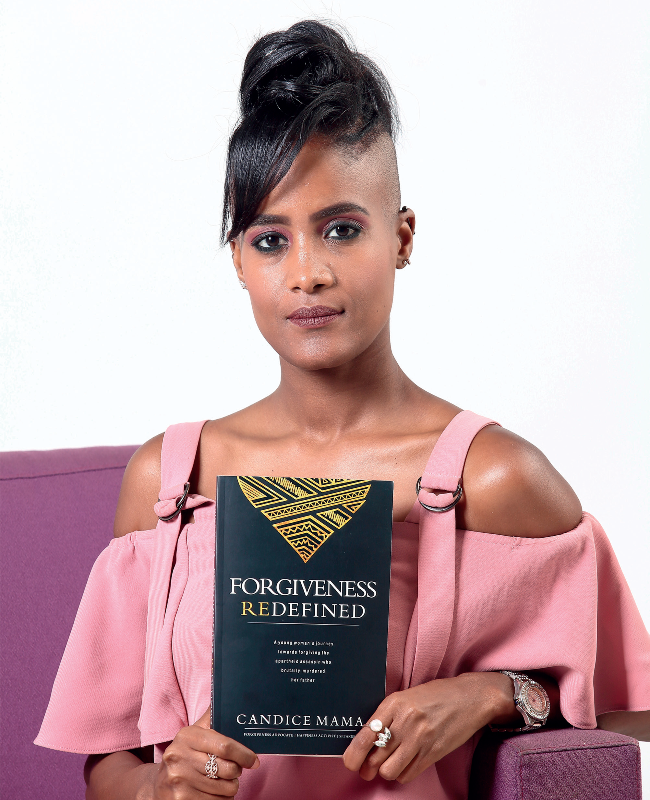 The following year she spoke in De Kock’s favour at his parole hearing as she believed it would be “for the greater good” if he was freed. “Through the prison’s dialogue programme he had helped a lot of families find closure,” she says. “But because there were some things he couldn’t do, like help point out the location of the bodies of some of his victims, I thought if he could do more good when he was on the outside, then helping to secure his release would be a worthy cause to get behind.” As Candice’s profile grew, the world started to take notice.

In 2017 she was presented with the Beacon of Dignity award in New York by three-time Nobel Peace Prize nominee Evelin Lindner for her contribution in the field of forgiveness. Lindner is the founding president of Human Dignity and Humiliation Studies, a global transdisciplinary fellowship of academics and doctors who promote dignity and transcending humiliation around the world. And last year Candice was named as one of the 33 most inspirational women in the world by Vogue Paris, featuring alongside former US first lady Michelle Obama.

Now she hopes her book will teach people about the healing power of forgiveness. “A lot of people think forgiveness is about the next person, when in fact it’s about you. “It is about you taking back your power and no longer having an emotional attachment to the trauma you went through.” Only then, she says, will you truly live.

Related Links
EXPLAINER | How South Africa became linked to the murder of Sweden’s PM in 1986
OPINION: Embracing Nelson Mandela's contested legacy
Share
Next on Move!
4 local women share how their fathers’ love has impacted them 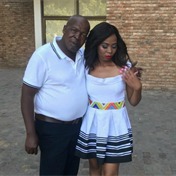