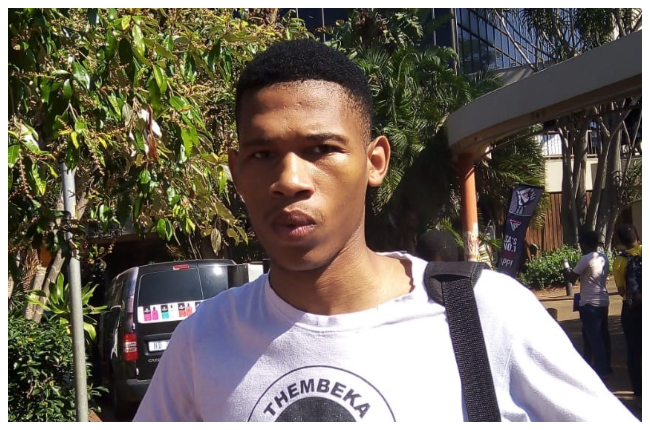 Wandile Ntuli is a 23-year-old Bachelor of Arts student at the University of KwaZulu-Natal, and he recently shook the internet when he shared that a stranger accidently sent him R9 000 and he did not hesitate to send it back.

It all started with a tweet which went viral, where Wandile shared that a stranger sent him money accidently and then kindly asked for It back as it was meant for the stranger’s daughter who is currently in hospital.

I sent it back Guys?? pic.twitter.com/i04QZvGDl9

“I was very surprised when the incident happened, because I was just sitting on my bed studying for a test that I was going to write. When I saw that amount of money, I was shocked. I asked myself what was going on. I spent 15 minutes trying to figure out who sent me this money. I was confused and I got disturbed and I sent the money back as it was the right thing to do,” he says

“I did not speak to the person who sent me the money after sending the money back, but they sent me R100 airtime just to say thank you.”

“When I shared the tweet, I was tweeting like I usually do and I logged off to go back to my studies,  then I received a call from a friend of mine asking me if I have seen the reactions to my post. I was shocked by people’s reactions. I wasn’t expecting it.

“The people who offered me e-wallets did send them through and I highly appreciate them including the one I received from Boity Thulo.”.

This must’ve been tough especially during these times. I’m so glad you did the right thing. May I send you an eWallet? ?????? https://t.co/o8W3gePzU2

Wandile shares that he is beyond grateful for the e-wallets he received and he wasn’t expecting to be blessed in the way that he was when he shared the tweet.

“If I could count the number of people that sent me e-wallets, I would get confused but the amount of money I received from people is over R4000 and some of the money was sent to my other account. I was amazed by thing whole thing due to the fact I go to church and out slogan is thembeka uze ufe, which means be trustworthy until you die. That was my motivation behind sending the money back.”

Wandile shares that the money has been of great to him as a student and it has helped him get himself a few essentials that he needed.

“I would like to thank everyone for their contribution, it’s amazing that there are still people who are generous, their contributions are highly appreciated they have helped me a lot. I managed to get myself a new laptop”.

God must test me like this one day.. Clearly he's testing the wrong people pic.twitter.com/00CKODDtE2

I don't want to lie....no matter the story, I will never return any amount of money that was sent to me by mistake.....it's a blessing from God...ibhayibheli lithi "unkulunkulu akakuphi esandleni" pic.twitter.com/p4zuiJF2Yp

You did good... But mina to be honest I was gonna send back R8000 pic.twitter.com/L6gbk2wxyt

Related Links
Cape Town student opens soup kitchen to feed students and his community
'I’m a university student and this is why I hate going home during the festive season'
From failing a test to graduating: How Boity’s act of kindness helped this CPUT student get his...
Share
Next on Move!
Omega Khunou and wife welcome their first son: “We are so grateful”