Why you are not getting promoted IF you have been in the same position for a long time without a promotion or any form of advancement in your career, you may have reached the ceiling in your current job. Instead of ignoring the problem, take charge and find out what you can do to advance your career.

Jayde Lazarus, a Human Resources Tutor at IQ Academy, encourages that you speak to your boss when you don’t get a promotion or feel that you have reached the ceiling in your  current job. “There is always a reason why there is no promotion or advancement, so it would be advisable to speak to your boss about where the company is headed and if there is any chance of advancement for you in the company,” she says. The world is rapidly changing and so are the requirements of your work. Thus it’s advisable for you to equip yourself with the necessary skills relevant to your career. “Knowledge is power and you may have a lot of experience doing something that you have not studied for, but having experience and qualifications will be an asset to any company,” Jayde points out.

APPLY FOR A HIGHER POSITION

The company you’re working for values you because of your talent and ability to contribute towards its success. So whenever there is a higher position, use that chance to advance your career. “Apply for any position that becomes available that is higher than the position that you are currently in and ask for feedback as to why you were not chosen for the position should you not be promoted,” Jayde advises. She says people get promoted because they show characteristics such as being a team player, being able to influence others positively and being reliable, among other things.

It can be frustrating to be stuck in the same position while people are being promoted or new talent is coming in and you’re overlooked. Jayde says when this happens, it’s a sign that it might be time to look somewhere else. “A new environment can be a good thing; it depends on your goals. If you feel that you cannot contribute to the company anymore and there is no promotion or advancement, then maybe venturing out could be the best option for you,” she says. Networking might also help you to advance your career.

Related Links
Be happy at work
Woman assaulted at work
Share
Next on Move!
8 money management questions to get your household in order 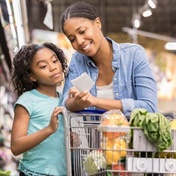