News24's political journalists often drive the news agenda for the day with the latest political news - whether it's from the Union Buildings, Luthuli House or Parliament. The team is on the front line when it comes to holding the powerful to account and their journalism provides important information for members of the public to formulate their own opinion and participate in national matters that affect them. 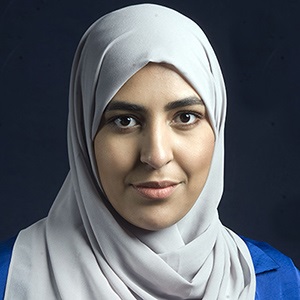 Qaanitah Hunter (@QaanitahHunter) is the assistant editor for politics and opinion of News24. In 2019, she became the youngest person to be awarded the Nat Nakasa Award for "brave and courageous journalism". She was named Vodacom Journalist of the Year in 2017 and 2016, both regionally and nationally. She was also the runner-up in the Taco Kuiper award for investigative journalism in 2016. Hunter holds an Honours degree in Journalism from the University of the Witwatersrand where she focused her research on the phenomenon of fake news and its impact on journalism. She is the author of Balance of Power. Ramaphosa and the future of South Africa, and co-author, with fellow News24 journalists Kaveel Singh and Jeff Wicks, of Eight Days in July: Inside the Zuma unrest that set South Africa alight. Jan Gerber (@gerbjan) reports from Parliament in Cape Town. He was previously a reporter in the Western Cape legislature. He has a keen eye for detail and once caught ANC MP Lindiwe Sisulu on camera handing out chocolate to fellow MPs during a sitting of the National Assembly for a budget vote. She afterwards sent him a chocolate and a note, apologising for not cutting him in. Gerber holds a Master's in Political Management and a BPhil in Journalism, both from Stellenbosch University. 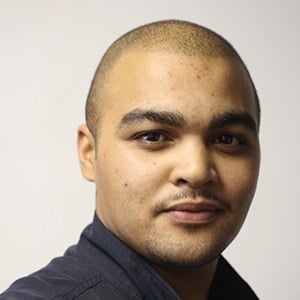 Jason Felix (@JasonFelix) is a parliamentary journalist. He started his career in 2012 at the English daily newspaper, Cape Times, after obtaining a National Diploma in Journalism from the Cape Peninsula University of Technology. He also completed an International Media course at Windesheim University of Applied Sciences in the Netherlands. Apart from a keen interest in local and global politics, Felix is a big football enthusiast.

You read their stories on News24 every day, now meet the people behind the stories. News24's journalists are the heart and soul of the newsroom. They spend their days in the courts and at crimes scenes, in media briefings holding the powerful accountable and on the streets telling South Africans' stories. They get the facts and they get it first, often dodging rubber bullets and tear gas to bring readers journalism they can trust. The team reports from all over the country, including Johannesburg, Tshwane, Cape Town, Durban and Nelson Mandela Bay. Sheldon Morais (@SheldonMorais) is News24's assistant editor for breaking news and manages the daily news diary and team of journalists from Johannesburg. Previously, he was the online editor at Eyewitness News. He holds a BA in Journalism and Media, and Politics from Rhodes University, and completed a certificate in the Programme in Management Development focusing on general business management at the Gordon Institute of Business Science. Morais is a keen runner and has completed several marathons. 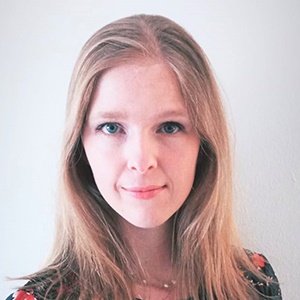 Jenna Etheridge (@JennaEtheridge) is the night news editor based in Cape Town. She started her career at the South African Press Association (SAPA) after obtaining a BA degree in Journalism and subsequently a Master's in Media Studies at UCT. Curiosity is her middle name. Before becoming an editor you would mostly find Etheridge in the halls of the high court in Cape Town, from where she's covered many high-profile cases. While crime and justice were a regular beat, she thrives on finding and sharing human interest and good news stories. Doing ballet keeps her sane. Her latest adventure was having a baby during a global pandemic. Botho Molosankwe was born and raised in Mahikeng and is an official member of the B-trinity: Botho, Beyonce and Bonang. She is the deputy news editor in charge of News24's inland coverage, based in Johannesburg. She prefers to spend her spare time eating and watching My 600 pound life as well as documentaries on psychopaths, dictators and all societal rejects you can think of. 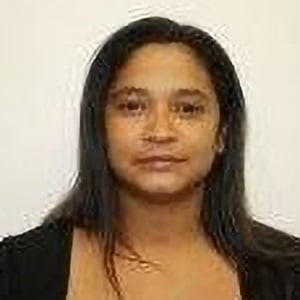 Warda Meyer worked as a reporter in Cape Town for over 20 years before joining News24 as the deputy news editor for the coastal regions. She regards herself a fact-driven news journalist with strong experience in mainstream and social media and enjoys working on human rights and social justice stories. She is a mother of two and finds peace in cooking, gardening and anime. 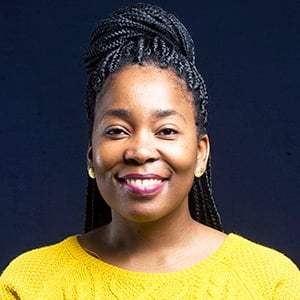 Jeanette Chabalala (@J_chabalala) is a product of Makotopong, a small village on the outskirts of Polokwane in Limpopo. Her keen interest in news and human relationships led her to obtaining a BA Journalism degree and an Honours degree in Industrial Sociology at the University of Johannesburg. She's a court reporter and indulges in court judgments for business and for pleasure. Binge-watching series has been one of her favourite things to do, but she can safely say it's been relegated from the top of the list since she became a mother to a beautiful baby girl. Alex Mitchley (@AlexMitchley) works as Tshwane correspondent for News24. He covers a variety of beats, including politics, crime, court and government. Mitchley does it all, writing stories, recording video and taking photos to make sure the Jacaranda City is well represented in the news offering of the day. Tammy Petersen (@TammyPetersen87) is our specialist reporter and has a diploma in Journalism from the Cape Peninsula University of Technology. She lives for human interest stories, especially those from marginalised communities and poorer neighbourhoods, where people's hardships, struggles and successes are often overlooked. In 2019, Petersen was named the Vodacom Journalist of the Year for her seven-part series on gang violence on the Cape Flats. She discovered late in life that she can bake. She enjoys eating her own creations and is a proud licker of the icing bowl. Kaveel Singh (@kaveels) is News24's KwaZulu-Natal senior journalist. He is originally from KwaDukuza on the North Coast of KZN and moved to Durban while completing his degree in journalism. He covers everything from hard news, to politics, features, investigations and writes the occasional column. He plays the guitar, loves nature and despises gender-based violence and the abuse of children. Ntwaagae Seleka (@ntwaagae) is a general news reporter based in Johannesburg. He is an energetic person who loves his work. He always makes sure he is the first one at every scene, especially when it's breaking news, to inform readers first. Jenni Evans (@itchybyte) was a reporter at the South African Press Association (SAPA) for close to nine years before joining News24. Before that she wrote analysis pieces on Southern African politics and socio-economic conditions for the UN Integrated Regional Information Services. She holds an Honours in Journalism and Media Studies from the University of the Witwatersrand. She is based in Cape Town and covers everything from court, to crime to human interest. Malibongwe Dayimani (@MaliDayimani) is the provincial reporter for News24 based in Nelson Mandela Bay in the Eastern Cape. In 2019 he scooped three Vodacom Journalist of Year regional awards, including in the investigative journalism category for an expose of the province's ailing public hospitals. The piece earned him a mention in Parliament when ANC MP Lesiba Ezekiel Molala tabled a motion of congratulations. He hails from Makhanda (Grahamstown) and studied journalism and media studies at the Walter Sisulu University in East London. Dayimani prefers covering human interest stories and shining a light on the struggles of communities so they can be addressed by the government. Mpho Raborife (@MsRaborife) was born and raised in Dobsonville, Soweto. She studied journalism at Rhodes University and completed her Honours degree at the University of the Witwatersrand. She is currently the managing editor of News24. She also serves on Media24's Employment Equity Forum and uses the platform to advocate for redressing the injustices of South Africa's pre-democratic past of unfair exclusion to opportunities based on race. To switch off from the busy world of breaking news, she enjoys being active in the outdoors or staying indoors and binge-watching TV shows.

News24's investigative team spend hours on their own, digging through information, meeting with sources and making sense of complicated data to uncover the truth. The team has produced several notable investigations, including the recent Eskom Files, which exposed the extent of the corruption of Eskom. Pieter du Toit (@PieterDuToit) is the assistant editor for in-depth news and heads up the investigative team. He has worked at various publications at Media24, and is a former parliamentary correspondent and news editor at Beeld. In addition to the book Enemy of the People which he co-wrote with News24 editor Adriaan Basson, Du Toit is the author of the bestselling The Stellenbosch Mafia: Inside the Billionaire's Club (2020), published in English and Afrikaans. Azarrah Karrim (@azarrahk) grew up in Johannesburg and did her undergraduate degree in journalism at Rhodes University. She graduated with Honours in journalism from the University of Johannesburg. She covered legal matters, social justice and health stories before she joined the investigative team. She likes drinking tea, getting scoops and taking names! Born in Swaziland and raised in Soweto, Sipho Masondo (@vercingetorics) has won multiple awards, including the 2019 Standard Bank Sikuvile Journalism Awards' journalist of the year for his reporting on VBS Mutual Bank. In 2017, he won the Nat Nakasa Award for courageous and brave journalism for his reporting on corruption at the Department of Water Affairs. Jeff Wicks (@wicks_jeff) is a News24 investigative reporter and co-author of Eight Days in July: Inside the Zuma unrest that set South Africa alight, published in 2021. He is the winner of the prestigious Taco Kuiper Award for Investigative Journalism in the same year. He has worked for Sunday Times, The Witness, the Sunday Tribune and The Mercury. He is especially interested in issues pertaining to crime and justice, with a specific focus on data journalism. He lives in Johannesburg. 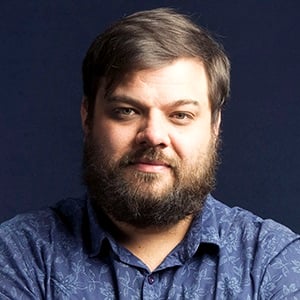 Kyle Cowan (@CowansView) started his career at the Newcastle Advertiser. Before he became an investigative reporter, he had ambitions to be a motoring journalist. In 2018, he scooped the 14th annual Taco Kuiper Award for his work on the Bosasagate scandal and again in 2020 for his and Wicks' investigation into events surrounding the murder of Charl Kinnear. In 2019 he won the Vodacom Journalist of the Year Award in the investigative category.

We live in a world where facts and fiction get blurred
In times of uncertainty you need journalism you can trust. For 14 free days, you can have access to a world of in-depth analyses, investigative journalism, top opinions and a range of features. Journalism strengthens democracy. Invest in the future today. Thereafter you will be billed R75 per month. You can cancel anytime and if you cancel within 14 days you won't be billed.
Subscribe to News24
Related Links
News24 podcasts: The home of politics, breaking news and stories that matter
The Best of News24: Bosasa and sunflowers in the North West
Adriaan Basson | Why I will no longer tweet
Next on News24
Contact Us