The Democratic Republic of Congo is prepared to take part in testing of any future vaccine against the coronavirus, the head of the country's taskforce against the pandemic said on Friday.

"We've been chosen to conduct these tests," said the head of the national biological institute, Jean-Jacques Muyembe.

"The vaccine will be produced in the United States, or in Canada, or in China. We're candidates for doing the testing here," Muyembe told a news briefing in comments that sparked controversy in DR Congo amid charges the population was being used as guinea pigs.

Muyembe suggested that clinical trials could begin in July or August.

"At some point, COVID-19 will be uncontrollable," the virologist said.

"The only way to control it will be a vaccine, just like Ebola. It was a vaccine that helped us end the Ebola epidemic."

Muyembe's comments came as two leading French doctors came under a storm of criticism after discussing on a television programme the idea of testing a vaccine for coronavirus in Africa.

Camille Locht, head of research at the National Institute of Health and Medical Research (INSERM) in Lille, and Jean-Paul Mira, head of intensive care at the Cochin hospital in Paris, suggested that Africa offered better conditions for testing the vaccine.

The only way to control it will be a vaccine, just like Ebola. It was a vaccine that helped us end the Ebola epidemic.
Jean-Jacques Muyembe

"It is inconceivable that we continue to accept this. Africa is not a laboratory. I strongly denounce these very serious, racist and contemptuous words," the former Chelsea and Marseille striker wrote on his Facebook page and on Twitter.

"Help us save lives in Africa and stop the spread of the virus that is destabilising the whole world instead of seeing us as guinea pigs. It is absurd."

The tenth Ebola epidemic in DR Congo is set to be declared over on April 12, after it killed more than 2,200 people in the east of the country since its outbreak on August 1, 2018.

More than 320,000 people were given two different experimental vaccines to stop the spread. A UN peacekeeper has his shoes cleaned with a chlorine solution before leaving an Ebola treatment centre in Mangina, North Kivu province. (Alexis Huguet, AFP)
AFP 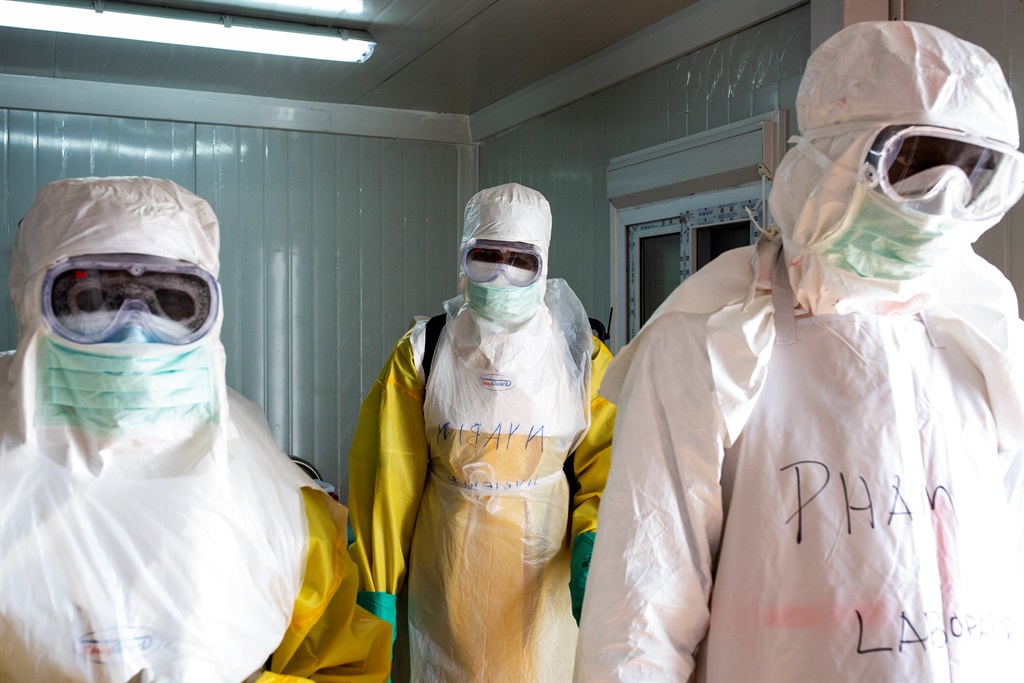