Egypt's ancient temples rescued from the Nile 50 years ago 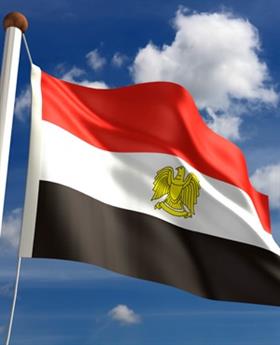 One of the world's biggest archaeological rescue operations was successfully concluded 50 years ago after a massive ancient Egyptian temple complex was dismantled and hoisted to higher ground to prevent its flooding by the damming of the Nile River.

The groundbreaking Unesco-led project to relocate around 20 gigantic monuments in Abu Simbel complex was officially concluded on September 22, 1968, after an eight-year international effort involving hundreds of workers.

Here is a look back at the remarkable feat.

The two Abu Simbel temples - named after their village location - were carved out of cliffs overlooking the Nile in the time of Ramses II, the ruler of Egypt from 1298 to 1235 BC.

The larger has four colossal statues of a seated Ramses II at the entrance, through which there are succession of rooms and galleries stretching back 63 metres.

The temples are among the jewels of the ancient Nubia region that extended down the Nile from Aswan in southern Egypt into present-day Sudan.

In the 1950s, Egypt's president Gamal Abdel Nasser launched a project to dam the mighty Nile at Aswan in order to generate electricity for the region, increase cultivable land and reduce flooding.

The construction would create a huge artificial lake behind the dam wall, requiring the resettlement of tens of thousands of indigenous Nubians from villages in the area and also threatening monuments.

Pharaonic and Greco-Roman temples including those of Abu Simbel risked being submerged.

In 1960, Unesco, the UN organisation dedicated to preservation of culture, launched an appeal to save the temples. Several projects were put on the table but, too costly, they were quickly put aside.

Eventually a Swedish-Egyptian proposal was selected.

Work was launched on April 1, 1964 with the construction of a temporary dam to protect the site and the excavation of the cliff around the two temples.

The Abu Simbel temples were cut into 1 035 blocks each weighing between 20 and 30 tonnes. The four seated statues of Ramses II and six others of the king standing up were sawn into pieces.

Jacks, cranes and powerful winches hoisted the enormous stone weights to the top of the cliff, 64 metres from their original location.

There the blocks were reassembled to reconstitute the two temples exactly as they were.

Artificial hills were then created around the site as a protective barrier against the river.

For four years about 800 labourers and 100 technicians worked in the desert under a red-hot sun to complete the project, which cost 36 millions dollars.

At a ceremony on September 22, 1968 to mark the completion, Unesco director general Rene Maheu said it was "the first time that we have seen international cooperation in action on such a scale in the sphere of culture."

It was an "unparallelled undertaking, in which over fifty countries... have combined their efforts to save the artistic and historical treasures of the temples of Abu Simbel."

The original site is today completely submerged by Lake Nasser.

An operation - also part of Unesco's Nubia Campaign - to save the temple complex on Philae island, around dozen kilometres upstream from Aswan, started in 1972.

Involving 40 archaeological missions from around the world, it ran for eight years and cost more than 30 million dollars.

About 20 temples, statues and monuments known as "the jewel of the Nile" were dismantled and transported, stone-by-stone, to the nearby Agilkia island, on higher ground.

"Nowhere, perhaps, has the sacred art of Egypt defied time so majestically as in Nubia, part of which is vanishing before our eyes today," he said.

We live in a world where facts and fiction get blurred
In times of uncertainty you need journalism you can trust. For only R75 per month, you have access to a world of in-depth analyses, investigative journalism, top opinions and a range of features. Journalism strengthens democracy. Invest in the future today.
Subscribe to News24
Related Links
Ancient mining ops buildings found in Egypt: ministry
Egypt recovers 354 antiques seized in Emirates
Egypt discovers three millennia-old tombs
Next on News24
Ivory Coast clashes kill 11 in pre-election violence