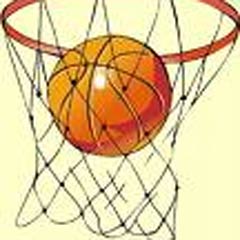 Juba - Warnings of possible genocide hang over the world's youngest nation, but here on a basketball court under a fierce morning sun, South Sudan's civil war seems like another country.

Flashing up and down the court in blue and yellow jerseys, the players laugh and sweat as their wheelchairs jostle for position.

This wheelchair basketball tournament in South Sudan's capital, Juba, is the culmination of a two-week training session run by Jess Markt, a coach from Colorado who has led similar programs in countries ravaged by conflict.

The disabled young South Sudanese men, drawn from various ethnic groups, are split into four teams that compete as dozens of spectators cheer them on.

"The biggest lesson I have learned from these guys is the power of positive thought and perseverance," Markt said. "They are very poor. Many of them are living in a camp outside the city or they live in rural areas that are very difficult situations, especially for disabled persons, and yet they are on the court playing, laughing and joking as though they don't have any care in the world."

Many of the players were injured in South Sudan's decades-long struggle for independence from Sudan that ended with the creation of the new nation in 2011.

The country has known little peace since 2013, when the rivalry between President Salva Kiir and deputy Riek Machar descended into a civil war in which thousands have been killed amid ethnic tensions.

The wheelchair basketball training marked the first time some of the men had been involved in sports, and Markt said he had to teach them how to work together as a team.

James Amoudit Makuei, 19, who traveled hundreds of kilometers to take part, said he hopes to share his skills with other disabled people in his hometown of Yirol.

"I had never played basketball before," he said. "But I have learned a lot of things from the coaches here. ... And now I consider myself a basketball player." He said he dreams of playing for the national team.

Peter Bol Wal, a player-coach who was among the first South Sudanese to play wheelchair basketball, said more disabled people in the capital are embracing the sport. He knew only about 11 players in Juba in 2011 but the number has grown to two dozen, he said.

"This basketball has helped unite us as people with disabilities," he said. "We love each other and we do not talk about our tribal differences."

The International Committee of the Red Cross, which invited Markt to Juba, supports three physical rehabilitation centers that provide mobility devices and therapy in South Sudan.

The aid group works with the South Sudan Wheelchair Basketball Association to put on weekly games.

Markt, who began playing wheelchair basketball at age 19 after a spinal cord injury, has been coaching since 2009 and has trained teams in Afghanistan, India, Palestine and Cambodia.

Markt described his experience in South Sudan as "unforgettable." He recalled one young man, a polio victim, who shouted "Oh my God!" when he scored for the first time after struggling to settle into the rhythm of the game.

"That, to me, is the greatest thing about this type of program," Markt said. "It is helping people who have amazing challenges that they are dealing with in their lives realize how powerful they can be."

We live in a world where facts and fiction get blurred
In times of uncertainty you need journalism you can trust. For only R75 per month, you have access to a world of in-depth analyses, investigative journalism, top opinions and a range of features. Journalism strengthens democracy. Invest in the future today.
Subscribe to News24
Related Links
Watchdog report accuses South Sudan military of corruption
Family fears for health of detained Sudan rights activist
UN urges halt to South Sudan fighting and 4 000 new troops
Next on News24
Former Niger president Mamadou Tandja dies