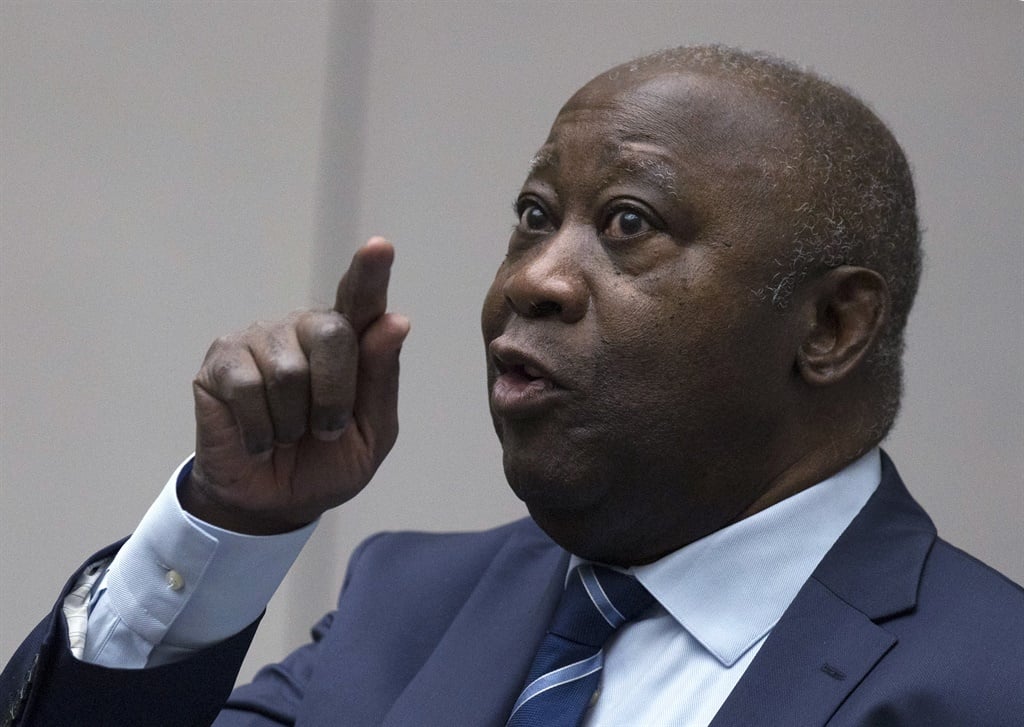 Former Ivory Coast President Laurent Gbagbo gestures as he enters the courtroom of the International Criminal Court in The Hague. (AFP)

The Hague-based court halted the freeing of 73-year-old Gbagbo, the first former head of state to face trial at the ICC, and his right-hand man Charles Ble Goude late on Wednesday after a last-ditch application by prosecutors.

The prosecution argued that there was a "concrete risk" they could flee, and that they should stay behind bars while an appeal against Tuesday's decision to acquit the two men of crimes against humanity is heard.

A legal filing by defence lawyers on Thursday, a copy of which was seen by AFP, urged the court to "reject the demand by the prosecutor seeking to suspend the decision to immediately release Laurent Gbagbo".

Attorneys for Ble Goude, 47, made a similar bid.

Lawyers for victims of the violence however filed a separate motion calling for them to stay behind bars.

Appeals judges are expected to hold a hearing within days on whether to release Gbagbo and Ble Goude. Dealing with the wider appeal on the acquittal will take weeks or months.

The Ivorian pair had been on trial over violence in 2010-11 in the west African nation after Gbagbo refused to concede defeat in an election to now-president Alassane Ouattara.

The crisis claimed some 3 000 lives, with atrocities allegedly committed by both sides.

Judges stopped the trial midway on Tuesday citing an "exceptionally weak" prosecution case, and earlier on Wednesday they rejected an initial bid by prosecutors to keep Gbagbo behind bars.

Celebrations erupted outside the court and Gbagbo's daughter said he planned an emotional homecoming to the Ivory Coast, after seven years in detention in The Hague.

But the court then halted the release later Wednesday.

We live in a world where facts and fiction get blurred
In times of uncertainty you need journalism you can trust. For only R75 per month, you have access to a world of in-depth analyses, investigative journalism, top opinions and a range of features. Journalism strengthens democracy. Invest in the future today.
Subscribe to News24
Related Links
ICC halts release of Ivory Coast's Gbagbo after new appeal
Ivory Coast govt urges 'reconciliation' after Gbagbo acquittal
ICC prosecutors to appeal acquittal of Ivory Coast's Gbagbo
Next on News24
Zimbabwe's high court rules against chief justice's term extension