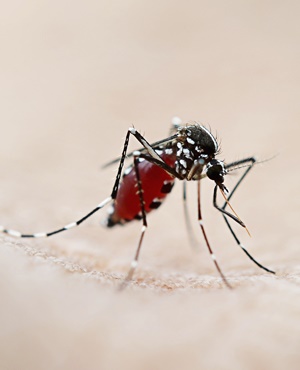 Dakar — Dozens of organisations have started a massive emergency vaccination campaign in Congo against the largest yellow fever outbreak in decades, trying to stop its global spread.

Vaccine supplies are limited. The World Health Organization says it must now use one-fifth the standard vaccine dose, which lasts about a year.

Doctors Without Borders, Save the Children and others are joining Congo's government and the WHO in targeting about 10.5 million people over the next 10 days.

They are trying to stop the spread of yellow fever in Congo's capital, Kinshasa, and on the border with Angola, where the outbreak began.

Save The Children has warned the mosquito-spread virus could soon spread to the Americas, Asia and Europe and elsewhere in Africa.

The aid group says the outbreak has claimed nearly 500 lives.

We live in a world where facts and fiction get blurred
In times of uncertainty you need journalism you can trust. For only R75 per month, you have access to a world of in-depth analyses, investigative journalism, top opinions and a range of features. Journalism strengthens democracy. Invest in the future today.
Subscribe to News24
Related Links
DRC declares yellow fever epidemic
Angola yellow fever outbreak could spark 'global crisis'
WHO: Yellow fever toll rising in Angola
Next on News24
Assailants free 42 people kidnapped from Nigeria school