Nigerian forces fire in the air to quell protest 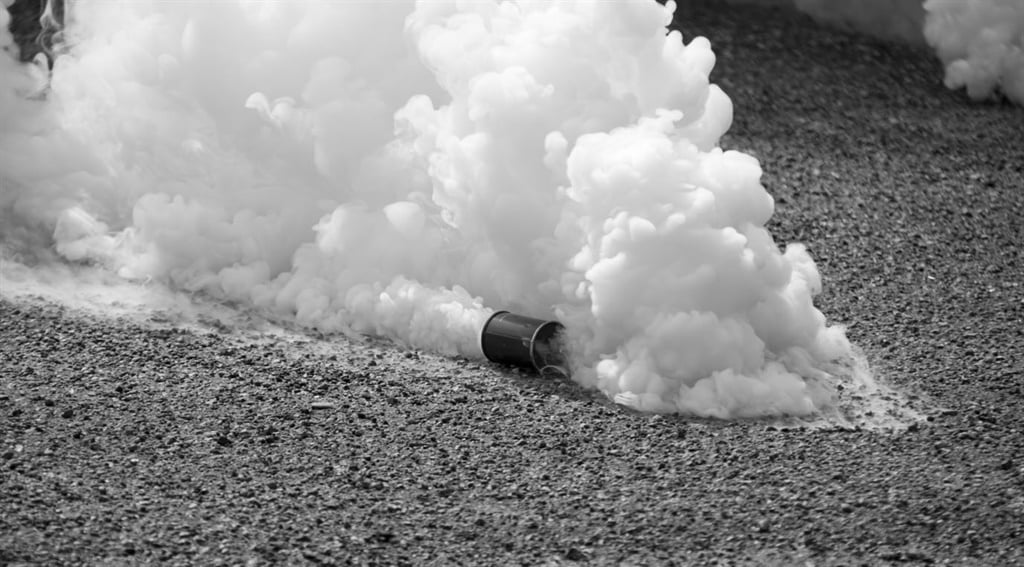 Nigerian security forces used tear gas and fired in the air on Tuesday to disperse protesters seeking the release of an opposition figure held since August after calling for a revolution.

Omoyele Sowore, the founder of local news site Sahara Reporters and a candidate in February's presidential polls has been detained for "treason."

At the end of September, the Nigerian judiciary ordered his release but the authorities have not complied.

About 80 protesters gathered outside the headquarters of the Department of State services (DSS) in the capital Abuja, shouting slogans against President Muhammadu Buhari, an AFP journalist said.

Some 50 heavily armed DSS agents confronted the demonstrators on bikes and in armoured trucks firing tear gas and shooting in the air, the AFP reporter said, adding that they also attacked one journalist.

Some sustained injuries after being trampled by demonstrators fleeing the scene.

The government of Buhari - who was re-elected this year - has accused Sowore and his "Revolution Now" movement of "plotting to destabilise Nigeria."

Sowore, who came tenth in the polls and has been a virulent critic of the government, has drawn the ire of Nigerian authorities.

In August, Sahara Reporters, which regularly reports on government corruption, had called for nationwide protests against misrule in Nigeria.

Two days ahead of the planned protest, he was arrested on August 5 and has been in detention since.

The government's handling of his case has sparked criticism from rights activists and prominent Nigerians, including Nobel laureate Wole Soyinka, as well as rights groups like Amnesty International.

Last week, according to local media reports, a spokesperson for the DSS admitted the agency had received a court order for Sowore's release but said it was detaining him "because no person has turned up at the DSS to take delivery of him."

We live in a world where facts and fiction get blurred
In times of uncertainty you need journalism you can trust. For 14 free days, you can have access to a world of in-depth analyses, investigative journalism, top opinions and a range of features. Journalism strengthens democracy. Invest in the future today. Thereafter you will be billed R75 per month. You can cancel anytime and if you cancel within 14 days you won't be billed.
Subscribe to News24
Related Links
Nigeria urged to ban chaining people with mental health issues
Ten Nigerian troops killed in jihadist ambush: military sources
Nigerian pastor accused of abusing children who fled Boko Haram
Next on News24
WATCH | All the latest news videos from around Africa