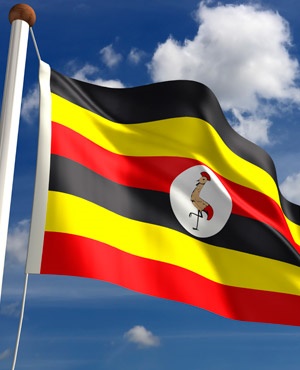 Kampala - A Uganda opposition official says police have shot dead two people while seeking to foil a political rally in a remote part of the country.

Ingrid Turinawe, the mobilisation secretary of the opposition Forum for Democratic Change party, says a campaign event in Rukungiri district turned violent when police blocked hundreds of supporters from entering a stadium.

A Ugandan police spokesperson did not answer calls for comment.

Opposition leaders are trying to mobilize against efforts to remove an age barrier in the constitution that prevents 73-year-old President Yoweri Museveni from extending his rule. He has held power in the East African nation since 1986.

The constitution bars anyone who has reached age 75 from contesting the presidency.

We live in a world where facts and fiction get blurred
In times of uncertainty you need journalism you can trust. For only R75 per month, you have access to a world of in-depth analyses, investigative journalism, top opinions and a range of features. Journalism strengthens democracy. Invest in the future today.
Subscribe to News24
Related Links
Uganda bans protests over presidential age limit bill
Uganda introduces bill to scrap presidential age limit
Uganda ejects lawmakers opposed to President Museveni's long rule
Next on News24
Ivory Coast PM in 'good shape' after return from France

Lucky Friday for 3 Daily Lotto players!
Full list of lottery results
Lockdown For
DAYS
HRS
MINS
Voting Booth
As South Africa faces down the third Covid-19 wave, how are you keeping your family safe ?
Please select an option Oops! Something went wrong, please try again later.
Staying at home, isolating and being careful
18% - 429 votes
Sanitising and wearing masks when we go out
69% - 1611 votes
Going on as usual, we're not afraid of the virus
13% - 296 votes
Previous Results
Podcasts
PODCAST | Too Many Enemies: Episode 1 - the assassination of billionaire Wandile Bozwana