DAKAR – A 17-year-old boy was killed by gunfire in southern Senegal on Saturday, a government official said, and several police stations were ransacked as opponents of President Macky Sall called for more protests next week.

The boy was killed during clashes in the southern town of Diaobe, said the official, who asked not to be named. Protesters also burned down a military police station and ransacked several government buildings, the official said.

At least five people have died in protests sparked by Wednesday's arrest of Ousmane Sonko, Senegal's most prominent opposition leader. It is the worst political unrest in years for a country widely seen as one of West Africa's most stable.

A spokesperson for Senegal's military police confirmed one person had died during clashes in Diaobe, but did not say under what circumstances. He said protesters ransacked six police stations across the country on Saturday.

Sonko, who finished third in the 2019 presidential election, was arrested after an employee of a beauty salon accused him of raping her. Sonko denies the allegation and says it is an attempt by Sall to kneecap a political rival.

The government denies this. 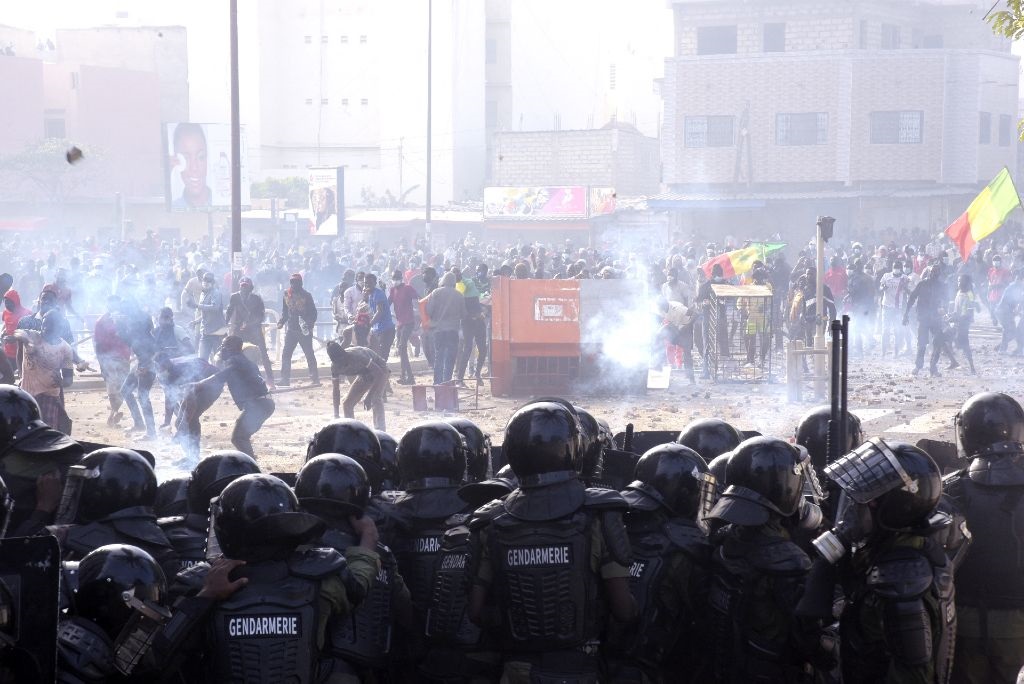 Protesters clash with gendarmes near their barracks in Colobane neighbourhood in Dakar on 5 March 2021.
AFP PHOTO: Seyllou/AFP

The mostly young protesters cited a range of other grievances too, including high unemployment and strict measures to control the coronavirus that have inflicted economic pain, especially on informal workers.

Many are especially dubious about the accusation against Sonko because two other top rivals of Sall were previously targeted by criminal charges that prevented them from running for president in 2019.

In a statement, the opposition Movement to Defend Democracy (M2D) coalition called for three days of nationwide protests beginning on Monday.

M2D ... calls on the Senegalese people to pursue its mobilisation and peaceful struggle by using all of its constitutional rights to reject the dictatorship of Macky Sall.

We live in a world where facts and fiction get blurred
In times of uncertainty you need journalism you can trust. For only R75 per month, you have access to a world of in-depth analyses, investigative journalism, top opinions and a range of features. Journalism strengthens democracy. Invest in the future today.
Subscribe to News24
Related Links
WATCH | Senegal opposition leader held in custody after clashes
Senegal clashes kill one after opposition leader Ousmane Sonko arrest
Senegal opposition leader to appear before judge over rape allegations
Next on News24
WATCH | All the latest news videos from around Africa

Super start to the weekend for 3 Daily Lotto players!
Full list of lottery results
Lockdown For
DAYS
HRS
MINS
Voting Booth
Matric results are out! Are you happy with your child's result?
Please select an option Oops! Something went wrong, please try again later.
No, the pandemic really messed up their ability to focus
34% - 120 votes
Yes, they did well given the circumstances
66% - 232 votes
Previous Results
Podcasts
LISTEN | The Inge Lotz Story - a miscarriage of justice