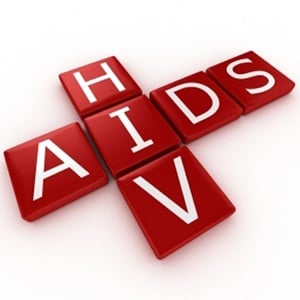 The country where about one in three adults are infected with the AIDS-causing virus, has vastly expanded public programmes to test people for HIV infection and put them on life-saving anti-retroviral treatment (ART).

"Since 2011, national HIV incidence in Swaziland dropped by almost half," a research team led by Velephi Okello of the Swazi health ministry said in a written presentation to an HIV science conference in Paris.

Incidence is the word used by epidemiologists for the rate of new infections in a population.

"Sustaining these achievements will be paramount to Swaziland's success in curbing its severe HIV epidemic," said the researchers.

This made Swaziland the country with the highest national rate of new infections, said the authors of the new study, as well as the highest proportion of people living with HIV.

"Incidence was higher among women than in men," said the report to the International Aids Society conference. The decline was also steeper for men at 52% than for women at 40%.

The survey showed that 73% of people on ART had achieved suppression of the virus, compared to 35% in 2011.

ART not only stops HIV from replicating and attacking a patient's immune system, but also curbs its spread to sexual partners.

The gains were the fruit of a much improved HIV treatment programme, said the researchers.

We live in a world where facts and fiction get blurred
In times of uncertainty you need journalism you can trust. For only R75 per month, you have access to a world of in-depth analyses, investigative journalism, top opinions and a range of features. Journalism strengthens democracy. Invest in the future today.
Subscribe to News24
Related Links
Swaziland 'is world's most unequal country', says report
OFF AGAIN: Mugabe is in Swaziland
Swaziland orders schools to teach only Christianity
Next on News24
Congolese husband of Angola's Isabel dos Santos dies in diving accident - colleague, relatives