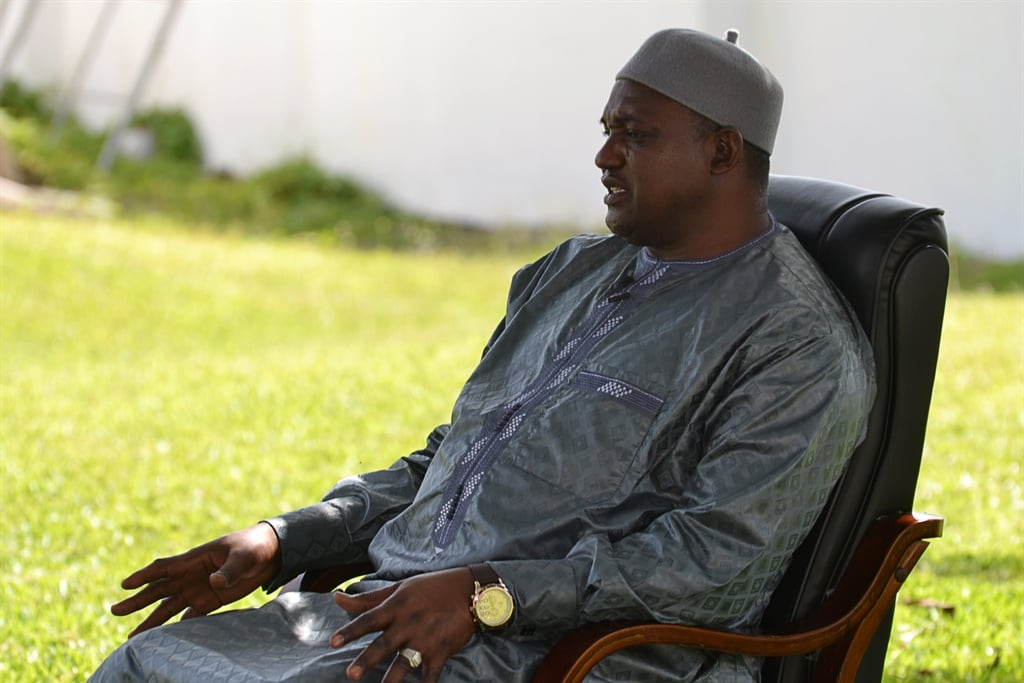 Banjul – Thousands of protesters took to the streets in Gambia's capital Banjul on Monday demanding that President Adama Barrow respect his pledge to quit after three years in office.

The president, a relative unknown at the time, defeated former autocrat Yahya Jammeh in elections in the tiny West African state in 2016.

He promised to rule for three years before stepping down, but he has since said he will govern until 2021, serving a full presidential term.

On Monday, some 10 000 Gambians of all ages marched in the capital in protest at the U-turn, chanting "Three years, three years!" to the rhythm of Bob Marley music.

AFP was unable to independently confirm the figures.

According to the founding charter of Barrow's ruling coalition, the president was meant to lead a provisional government for three years and then call elections, and not stand.

However in March, Barrow said "we will go to the elections in 2021 and I will hand over power with dignity to whoever wins," according to local press.

At the end of September, part of Barrow's coalition agreed to support a five-year term.

But two parties have rejected the move, including the United Democratic Party, which is Gambia's largest party.

Protest organisers on Monday sent Barrow a memorandum reminding him of his commitments and gave him until January 19 – the three-year anniversary of his swearing-in – to step down.

The protests were organised by the movement "Operation Three Years Jotna", which means "operation three years enough" in a hybrid between English and the Wolof language.

It was founded this year by Musa Kaira, a Gambian businessman living in the United States.

Abdou Njie, the president of Operation Three Years Jotna, told AFP that promises must be kept.

"As Gambian citizens, we are ready for everything," he said.

However, Amie Bojang Sissoho, a spokesperson for Barrow, said the president was elected for five years.

"They have the right to demonstrate, they have demonstrated and that's all," she said. Here are your Lotto and Lotto Plus results
Full list of lottery results
Lockdown For
DAYS
HRS
MINS
Voting Booth
A few positive Covid-19 cases have been confirmed at two SA rugby franchises.. Should teams proceed with return to training protocols?
Please select an option Oops! Something went wrong, please try again later.
Yes, SA rugby is already behind the eight ball compared to New Zealand and Australia
13% - 277 votes
It’s too dangerous, the country is only now heading into the Covid-19 storm!
39% - 864 votes
Get the ball rolling, Covid-19 is here to stay as the 'new normal'
48% - 1058 votes
Previous Results
Podcasts
PODCAST | THE STORY: What next for Gauteng as it overtakes Western Cape as SA's Covid-19 hotspot