Harare - A private plane crashed in southern Zimbabwe on Monday while transporting gold worth nearly a million dollars.

An official with the Civil Aviation Authority of Zimbabwe, James Danga confirmed the incident.

The plane crashed in the Bubi district of Matabeleland North Province. It carried at least 22kg of gold.

Cape Town – Police in Zimbabwe have launched a manhunt for Lebanese diamond dealer Jamal Ahmed, who is accused by First Lady Grace Mugabe of duping her in a botched $1.3m diamond ring transaction, a report said on Thursday.

According to News Day, court papers filed at the High Court by the Criminal Investigation Department (CID) Law and Order section, revealed that Ahmed was being investigated for various crimes, ranging from money-laundering to fraud and theft, among other. 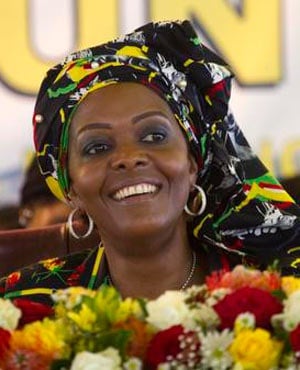 Harare - President Robert Mugabe is out of Zimbabwe on holiday but his supporters are already planning his 93rd birthday party next month - and it'll be held in the rock-studded national park that British imperialist Cecil John Rhodes is buried in.

Fund-raisers under the banner of the 21st February Movement organise the mega-party to mark the ageing president's birthday, changing the venue each year.

Only court can declare who's president, Gambia's Jammeh insists

Dakar - Gambia's outgoing president Yahya Jammeh is criticising foreign pressure for him to step down and calling on Gambians to wait for a Supreme Court decision to determine the credibility of the December 1 elections that he lost.

On Tuesday, thousands of supporters of Jammeh's Alliance for Patriotic Reorientation and Construction gathered around a Supreme Court hearing, pushing for the annulment of the election outcome. Kampala – A deceased Ugandan man was reportedly buried with at least $5 700 which he said he wanted to offer as an "offertory" for God to "forgive him" of his sins and "save him from hell fire".

According to the Daily Monitor newspaper, Charles Obong, 52, made the request in his will, his family claimed.

However, the money was dug up after church, community elders were made aware of the 'bizarre' request.

Abuja - Nigerian lawmakers are to discuss whether Gambian President Yahya Jammeh should be given asylum, a member of parliament said on Thursday.

Emmanuel Yisa Orker-Jev, head of the rules and business committee in the House of Representatives, said the motion would be discussed later on Thursday.

It asks whether Jammeh should be given "safe haven as part of the reconciliation process of the crisis going on in Gambia", Orker-Jev told state television channel NTA.

We live in a world where facts and fiction get blurred
In times of uncertainty you need journalism you can trust. For only R75 per month, you have access to a world of in-depth analyses, investigative journalism, top opinions and a range of features. Journalism strengthens democracy. Invest in the future today.
Subscribe to News24
Related Links
Nigeria to consider asylum for Gambia's Jammeh - lawmaker
Only court can declare who's president, Gambia's Jammeh insists
Plane carrying gold crashes in southern Zimbabwe
Next on News24
WATCH | 15 dead since start of Nigeria protests - Amnesty