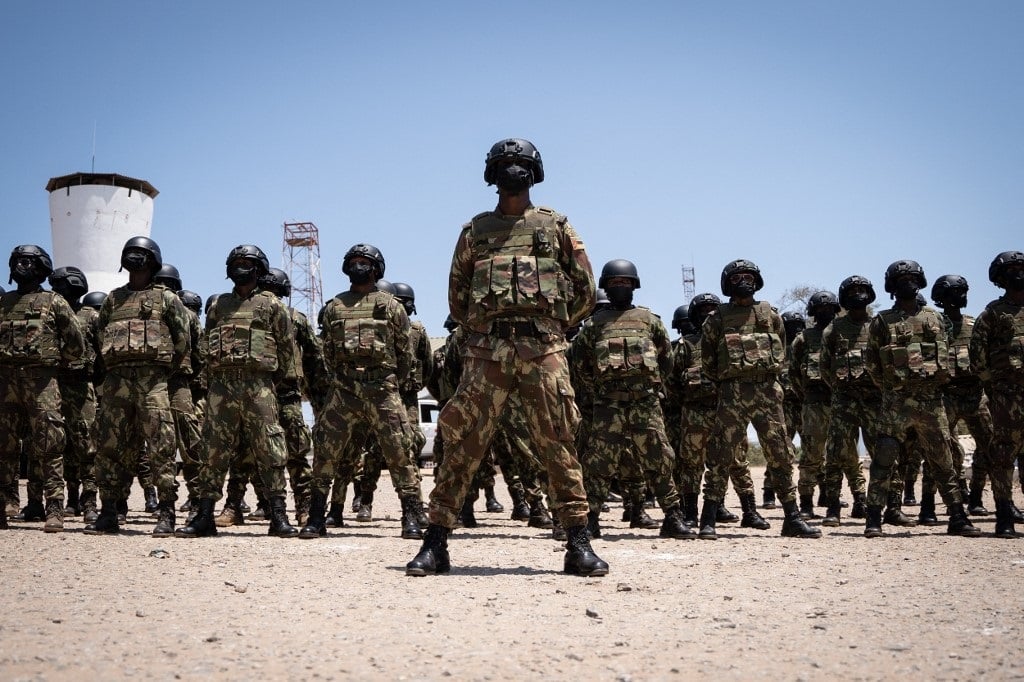 Two soldiers with the SADC Mission in Mozambique have been killed.
SIMON WOHLFAHRT / AFP

Two soldiers with the SADC Mission in Mozambique (SAMIM) died in a battle in which more than 30 insurgents were killed earlier this week in the oil and gas-rich Cabo Delgado province.

The soldiers from Tanzania and Botswana, according to the SADC, lost their lives in a battle during which SAMIM also seized weapons and equipment from the Islamic State-linked insurgents on Tuesday.

"Terrorists in excess of 30 were killed and a sizeable number of weapons, ammunition and equipment confiscated," reads the SAMIM statement.

SAMIM identified the fallen soldiers as Sergeant Musa Mpondo, of the Tanzanian contingent, and Lance Corporal Zikamee Kamai, of the Botswana Defence Force.

The clash between SAMIM and the insurgents occurred in Nkonga village, Nangade District.

The terrorists were identified by SAMIM as having links with the Ahlu Sunnah Wal Jamaah (ASWJ).

ASWJ is a Somalia-based paramilitary group consisting of moderate Sufis opposed to radical Salafism. It was formed in 1991, before the existence of Al-Shabaab.

SAMIM head of mission Professor Mpo Molomo and the force's commander, Major-General Xolani Mankayi, of South Africa, in a joint statement said: "Terrorists in excess of 30 were killed."

The SADC Mission in Mozambique, composed of 2 000 soldiers from eight SADC countries, was authorised by the Mozambican government on 15 July 2021.

A week earlier, Rwanda, a non-SADC member, sent 1 000 soldiers to Cabo Delgado after reaching an agreement with the Mozambican government.

But, to date, according to Rwanda's President Paul Kagame, during a state of the nation address on Wednesday, the Rwanda Defence Force has 2 500 soldiers in Mozambique at the moment.

"In Mozambique, we sent a total of 2 500 forces, including some that went yesterday [Tuesday, and these include RDF and RNP [Rwanda National Police]," he said.

READ | What is driving violent extremism in Mozambique?

Despite the European Union (EU) pledging a R340-million financial package to support Rwanda's military contingent, no money has been disbursed.

"We didn't receive any support, we share the little we have with our fellow Africans," Kagame said.

More than a million have been displaced and thousands reported dead or unaccounted for.