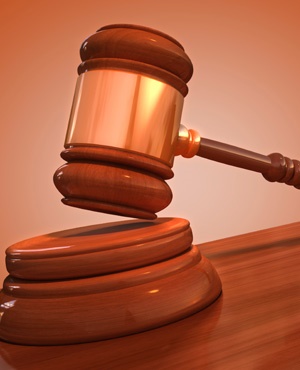 Kampala - The Ugandan High Court has moved to block a parliamentary directive that sought to ban journalists without university degrees from covering its proceedings, a report said on Monday.

This comes after the east African nation’s parliament last week issued a directive to media houses saying that journalists without university degrees would not be allowed to cover parliamentary proceedings as from May 2016.

The parliament argued that this would to curb what it described as "lazy journalism".

"…journalists who cover Parliament must meet certain minimum requirements," the parliament was quoted as saying in a statement.

However, according to the Observer, the country's forum for parliament journalists - the Uganda Parliamentary Press Association (UPPA) - launched a complaint against the Parliamentary Commission's directive, saying that parliament "had no right to lock out reporters on the basis of academic qualifications", thus, leading to High Court Judge Beatrice Stella Atingu temporarily blocking the move.

The report said the order would only hold until January 28 when the Parliamentary Commission and Attorney General filed their preliminary defence.

"We are going to serve Parliament and Attorney General with the interim order," the lawyer for UPPA was quoted as saying last week.

Reports indicate that the Ugandan government's intimidation of journalists and activists in the country is having a "chilling effect" on free speech ahead of elections next month.

We live in a world where facts and fiction get blurred
In times of uncertainty you need journalism you can trust. For only R75 per month, you have access to a world of in-depth analyses, investigative journalism, top opinions and a range of features. Journalism strengthens democracy. Invest in the future today.
Subscribe to News24
Related Links
Uganda media intimidated ahead of presidential polls - HRW
Uganda court invalidates anti-gay law
Next on News24
Adolf Hitler wins vote in Namibia

Here are your Lotto and Lotto Plus results
Full list of lottery results
Lockdown For
DAYS
HRS
MINS
Voting Booth
When assisting your child , did you:
Please select an option Oops! Something went wrong, please try again later.
Follow the school's comprehensive sexuality education (CSE) curriculum?
13% - 364 votes
Adjust the CSE curriculum to suit the family's morals?
24% - 641 votes
Ignore the schools CSE programme and do your own teaching?
63% - 1716 votes
Previous Results
Podcasts
PODCAST | POLITICS UNMUTED: Turning the spotlight on the media