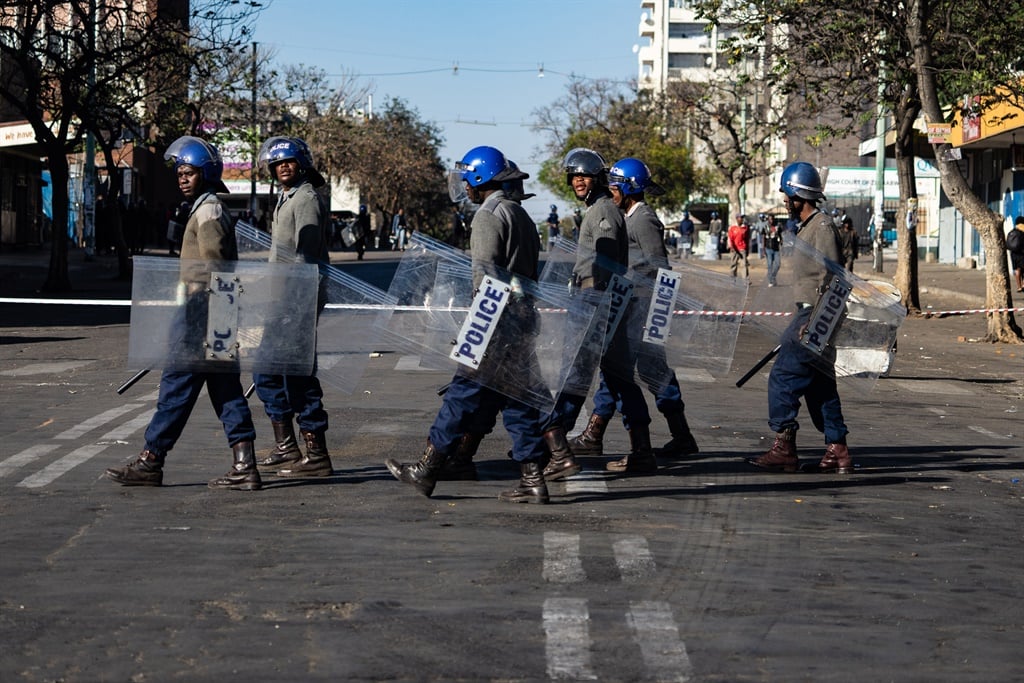 The United States said Friday that it would refuse entry to Zimbabwe's security minister as it voiced alarm over the government's crackdown on protests and the opposition.

The State Department said it would deny a visa to Owen Ncube, the minister of public security, under a sanctions law that targets "gross violations of human rights."

"We are deeply troubled by the Zimbabwean government's use of state-sanctioned violence against peaceful protesters and civil society, as well as against labor leaders and members of the opposition leaders in Zimbabwe," Secretary of State Mike Pompeo said in a statement.

"We urge the government to stop the violence, investigate and hold accountable officials responsible for human rights violations and abuses in Zimbabwe," he said.

Western powers had tense relations for years with Zimbabwe's veteran ruler Robert Mugabe, but hopes for a thaw after the military ousted him in November 2017 were short-lived.

Post-election violence last year after allegations of fraud claimed six lives, while at least 17 people died in anti-government protests in January after a fuel price hike.

The US announcement came the same day that President Emmerson Mnangagwa's administration organized a mass protest in Harare to demand the lifting of sanctions.

We live in a world where facts and fiction get blurred
In times of uncertainty you need journalism you can trust. For 14 free days, you can have access to a world of in-depth analyses, investigative journalism, top opinions and a range of features. Journalism strengthens democracy. Invest in the future today. Thereafter you will be billed R75 per month. You can cancel anytime and if you cancel within 14 days you won't be billed.
Subscribe to News24
Related Links
Mass protests in Zimbabwe against US sanctions
Campaigners outraged as Zimbabwe exports more than 30 baby elephants to Chinese zoos
Drought causes death of dozens of elephants in Zimbabwe
Next on News24
WATCH | All the latest news videos from around Africa