US warning: Possible attacks in Lagos 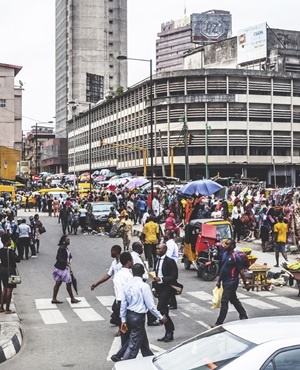 Lagos - The United States on Tuesday warned of possible attacks against expatriates and foreign visitors in Nigeria's biggest city, Lagos, during public holidays marking the end of the Muslim holy month of Ramadan.

"The US Mission in Nigeria advises that groups associated with terrorist activity might be planning attacks against hotels in Lagos frequented by international visitors, including those located on waterfronts, during the Eid-al-Fitr holidays," it said.

Tuesday and Wednesday are public holidays in Nigeria and the traditional end of a month of fasting and prayer is marked by celebrations across the country.

The US warning, posted on its embassy's website, is unusually specific but not the first about possible attacks in locations frequented by expatriates.

A similar security warning was given in December last year, while in May 2014 diplomats warned of a possible attack at two Sheraton hotels in Lagos, after a car bombing in the capital, Abuja, killed 19 just days before a major economic summit.

Similar warnings were given in April 2012 and November 2011 about hotels popular with Westerners in Abuja.

Lagos, a melting pot megacity of some 20 million people, has been spared the worst excesses of violence by the Islamist group Boko Haram, whose seven-year insurgency has destroyed Nigeria's northeast.

But the southwestern coastal city has been hit before. On June 25, 2014, explosions ripped through the port area near a major fuel depot.

The authorities blamed the blast on a cooking gas cylinder which exploded but eyewitnesses and Western diplomats said it was a car bomb that killed at least four people.

The US Embassy's latest warning did not mention a specific group but urged its citizens to "review your personal security plans, remain aware of your surroundings, including local events, and monitor local news stations for updates".

We live in a world where facts and fiction get blurred
In times of uncertainty you need journalism you can trust. For only R75 per month, you have access to a world of in-depth analyses, investigative journalism, top opinions and a range of features. Journalism strengthens democracy. Invest in the future today.
Subscribe to News24
Next on News24
Ivory Coast presidential election: Who are the candidates?

Lucky Thursday for 3 Daily Lotto players
Full list of lottery results
Lockdown For
DAYS
HRS
MINS
Voting Booth
Who do you think is going to win the 2020 US election?
Please select an option Oops! Something went wrong, please try again later.
Biden is going to take it
47% - 10287 votes
It's four more years for Trump
53% - 11504 votes
Previous Results
Podcasts
PODCAST | POLITICS UNMUTED: Money for nothing, but how do we correct the corruption ship?