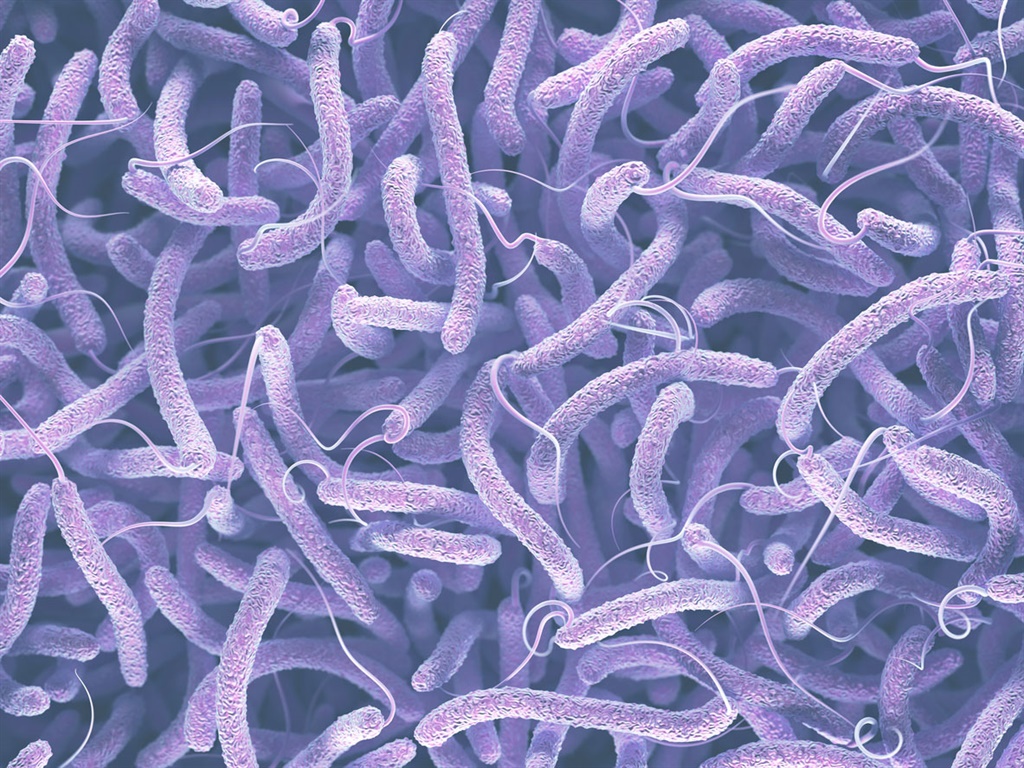 The rate of new cholera infections has decreased in Zimbabwe after a flurry of public warnings to wash hands and radio jingles warning the public of its symptoms.

Zimbabwe, though, remains on high alert with the death toll rising to at least 45 in the last three weeks.

Thousands in the capital Harare have been infected by the water-borne disease, but the crisis is an all-too-familiar reality among many others in the Southern African nation.

In a bid to contain the contagious disease, police have tried to clear Harare's streets of vendors selling fresh fruit and vegetables. But the daring and desperate ones defy the orders, despite facing the wrath of law enforcers.

Sekai Tawenga, 43, a vendor selling cabbages, potatoes and bananas, sits directly across from the gates of the Glenview PolyClinic in a neighbourhood that has been the epicentre of the outbreak.

The clinic is a cholera treatment site set up by the World Health Organisation (WHO) and local authorities. Tawenga is one of the few vendors who stayed put and continued selling produce, despite the public health restriction on fresh food vendors.

She told Al Jazeera the need to feed her family will not move her from her stall. The risk of starvation, she said, was greater than being harassed by police.

"I'm right here on the doorstep of cholera, but I'm going nowhere. My troubles are greater than this disease and even if the police come to remove me, I'll come back because I need to survive. Nobody knows the hardships I face," said Tawenga.

Battling a liquidity crisis that has led to cash and fuel shortages, and a significant rise in basic commodity prices in recent years, many Zimbabweans have resorted to street vending.

While some fear the widespread clampdown on the sale of fresh produce is too harsh, Michael Chideme, public relations manager for Harare City Council, said containing the outbreak was the government's top priority.

"The major thrust of our work right now is to contain cholera so we have to do what is necessary. If vending must be controlled, that is what we will do," said Chideme.

The rise in prices of basic goods, coupled with persistent fuel shortages, has revived fears of economic collapse from hyperinflation that occurred in 2008.

A disputed and violent presidential runoff vote in June 2008 declared then president Robert Mugabe the winner.

Months later, deaths of more than 4 000 people from cholera was one of the key factors that pushed Mugabe to accept a pact to form a government of national unity with several opposition parties. The Movement for Democratic Change - led by Morgan Tsvangirai, Mugabe's biggest rival - was appointed prime minister in February 2009.

A decade later, Zimbabwe seems to be back at a familiar crossroads.

Despite losing a constitutional court challenge last month, Chamisa claims he won the popular vote and has vowed to install himself as the "people's president", but because of the cholera outbreak, the inauguration was postponed.

In a similar vein, mass gatherings have been restricted by police leading to music concerts and festivals being re-scheduled.

According to WHO, an oral vaccination campaign will be rolled out shortly targeting 450 000 people living in the worst-affected areas of the capital.

"There are some areas in the country with poor access to clean water," Chimusoro said in an email. "This was caused by rapid and unplanned urbanisation with limited access to clean water and sanitation. This has also led to overcrowding and poor hygiene among the population."

Historically, the lack of a strong city management in Harare has led to the rise of unplanned suburbs, sprawling rubbish sites, and poor water treatment forcing the growing city population to resort to its own means of housing, water and refuse disposal.

"In the area of sanitation, which has caused cholera in Zimbabwe, we now understand that the system is over 60 years old," Mnangagwa said recently in an address to Zimbabweans living in the United States.

The president is currently in the US attending the UN General Assembly and soliciting international support, but so far the post-Mugabe regime has received a lukewarm response particularly from the US, which recently renewed targeted sanctions until there is significant change in Zimbabwe's human-rights situation.

Without US support, the chances of Zimbabwe accessing a bailout from international financiers could be difficult, dashing hopes for a speedy economic turnaround for the country.

While Mugabe's former ally struggles to gain credibility abroad, at home authorities are battling to address a problem with long roots.

"We are mobilising all available resources to replace the piping system to make sure that we get this problem under control. As city council, we aren't really able to say how long the programme will go on, but it depends on how best we can mobilise funding and manage the situation."

Agatha Muzembe, a 69-year-old housewife in Glen View, said she feels encouraged by the cleaning of the pipes but feared her low supply of water purification tablets might put her at risk.

"For so many years, we were used to the sewage running through our street because of the blocked toilets. For the first time, since Tuesday, I can see it's improved.

"Although the sewage is now moving, I don't have any more tablets to clean our drinking water and nobody seems to have answers for us," she said.

The government has launched an appeal to local and international donors for $63m in order to support its health and sanitation response. However, limited donor support for Zimbabwe, as well as the economic uncertainty, could stall the realisation of Mnangagwa's victory promise of a new dawn.

By the continuing of hardship, disease and poverty, Muzembe has little hope of a quick fix to Zimbabwe's bigger crisis, and it may be sometime before the country moves past it's chronic cycle of "medieval disease" and economic crisis.

"Things were bad before in the 2000s, but then they quietened down. Now I haven't yet seen a sign to believe that this situation could improve. In fact, things just seem to be getting worse and worse, I really can't see things getting better anytime soon," said Muzembe.

We live in a world where facts and fiction get blurred
In times of uncertainty you need journalism you can trust. For only R75 per month, you have access to a world of in-depth analyses, investigative journalism, top opinions and a range of features. Journalism strengthens democracy. Invest in the future today.
Subscribe to News24
Related Links
Cholera death toll climbs to 45 in Zimbabwe
Zimbabwe merely ‘postpones’ cholera outbreak
Cholera outbreak: 'We are living in fear...authorities are not doing enough,' residents say
Next on News24
Zimbabwe air force helicopter crash kills child and 3 crew

Lucky Sunday for 3 Daily Lotto players
Full list of lottery results
Lockdown For
DAYS
HRS
MINS
Voting Booth
Children between 12 and 17 can now be vaccinated against Covid-19. As a parent I am:
Please select an option Oops! Something went wrong, please try again later.
Relieved, it's been a long wait to this point
51% - 2852 votes
A bit hesitant, and will wait to see how it goes
21% - 1176 votes
Completely against my child getting the shot
29% - 1617 votes
Previous Results
Podcasts
PODCAST | My Only Story: Fiddling, sex jokes and flirting – another water polo coach exposed