10 things you should know about The State vs Jacob Zuma 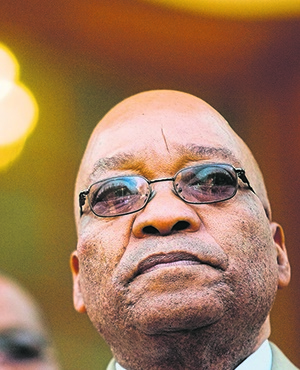 After years of asking for it, former president Jacob Zuma's day in court has finally arrived.

The former president is expected to appear in the Durban High Court on Friday morning on corruption charges.  Here are 10 things you should know about The State vs Jacob Zuma.

1. The DA has been fighting for nine years for Zuma to have his day in court in connection with the so-called "spy tapes" saga, which it says has amounted to R10m in litigation costs.

2. For years it was said that Zuma is facing 783 charges but "783" is the number payments his former adviser Schabir Shaik made to him.

3. The former president is only facing 16 charges, while his co-accused in the case, arms deal manufacturer Thales, is facing two charges, making it an 18-charge indictment.

4. Zuma's charges were withdrawn in the Durban High Court in 2009.

5. In April 2009, then National Prosecuting Authority (NPA) head Mokotedi Mpshe decided not to prosecute Zuma after transcripts of telephone conversations between then Scorpions boss Leonard McCarthy and former NPA boss Bulelani Ngcuka surfaced, which according to Mpshe showed political interference in the decision to charge Zuma.

READ: 'The reality is that Jacob Zuma should find himself in jail' - Andrew Feinstein

6. Zuma's legal representative Advocate Kemp J Kemp, SC, made an about-turn at the Supreme Court of Appeal in October 2017 and said that he believed that the NPA had erred in its decision to drop the charges against Zuma.

7. After Zuma made representations to the NPA, embattled NPA boss Shaun Abrahams announced that the charges against him would be reinstated. Zuma would be prosecuted for one count of racketeering, two counts of corruption, one count of money laundering and 12 counts of fraud.

8. The State has narrowed down the list of witnesses in the Zuma case to 207. However, Shaik – who was convicted for the alleged payments between Zuma and Thint – is not on the list, which has been seen by News24.

9. A group of religious, business and political leaders have since come out and called for the people of South Africa to support Zuma when he appears in court.

10: The formal proceedings will start by 09:30 on Friday morning.