ANALYSIS: Once a rival, Dlamini-Zuma has seemingly established herself as a powerful Ramaphosa ally 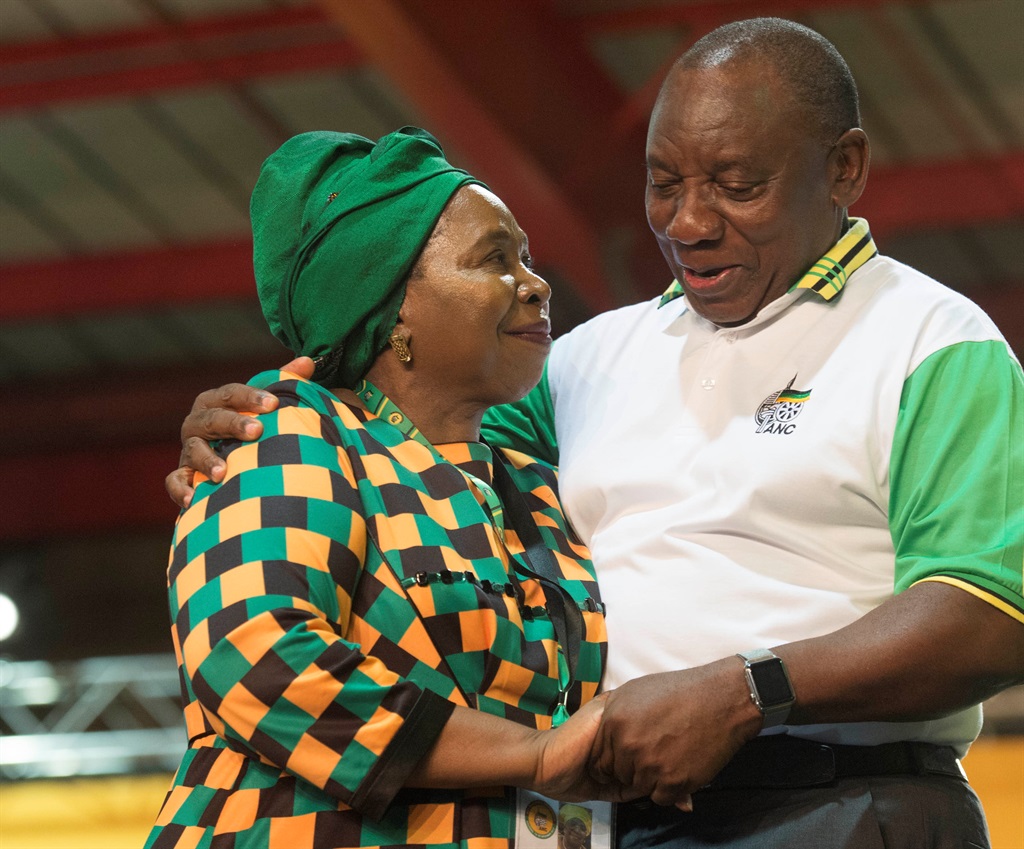 Ever since her inclusion in President Cyril Ramaphosa's Cabinet in 2018, Nkosazana Dlamini-Zuma has established herself as a key player in the national executive. And over the last two years she has seemingly emerged as one of the president's most effective operators. It doesn't look like she's leading an insurrection, argues Pieter du Toit.

She’s been at the top of national politics since 1994, serving as minister of health, foreign and home affairs, chairperson of the African Union and latterly as minister in the Presidency and cooperative governance and traditional affairs.Straddling the presidencies of Nelson Mandela, Thabo Mbeki, Jacob Zuma and now Cyril Ramaphosa, she survived one of the first big post-apartheid scandals (Sarafina) and scientific dissidency with her HIV/Aids policies.

She came back from the AU a much-disliked figure on the continent, and threw in her lot with the state capture faction in 2017, opposing Ramaphosa’s bid for the ANC leadership as the emodiment of the "radical economic transformation" faction.She has, alongside Winnie Madikizela-Mandela, always been the ANC Women’s League’s totem, and commands its support en bloc. Her networks in party and state are complex and run deep. And her standing undisputed.But since Ramaphosa included her in his his executive in 2018 when he made her a minister in the Presidency, she has seemingly emerged as one of his most dependable operators.

Ramaphosa, no doubt partly motivated by a drive to unify the ANC and heal the wounds of the party’s leadership contest, needed a heavyweight minister to bolster his own position in Cabinet and government.By co-opting Dlamini-Zuma the new president was able to remove the figurehead of this factional opponents, and install someone with vast governance experience in his office to help him in his task of recovery and restoration.

Dlamini-Zuma, albeit a senior party figure with not insignificant support, but without a clearly defined powerbase, quickly took to her new role.

Over the last two years - and especially during her time in Ramaphosa’s office - she became a channel through which the president reached out to different constituencies, individuals and interest groups, and they in turn used her to access the head of state.

She became the conduit through which he was able to thrash out contentious plans and policies with opponents and allies alike, which enabled him to put out fires before they started.Dlamini-Zuma was spoken of highly for her levels of professionalism and ability to deal with complex, tricky and sometimes emotive matters of national importance.

And, according to some, was effective in arranging contact with the president and diligent in providing feedback after meetings.At no point was she considered anything other than the president’s representative, articulating his philosophies and ideas and conducting meetings on his behalf.

He trusted her as interlocutor, and she was trusted by those that sought to connect with the president.

Dlamini-Zuma’s announcement last week that the cigarette ban was to remain in place wasn’t orchestrated by her to embarrass the president or to play a game of one-upmanship, observers close to machinations say.

It also does not have a bearing on ANC factional conflict, which many close to the fire consider to be at the most subdued its been for a long time.

During last week’s meeting of Cabinet, the health lobby dominated and led by Health Minister Zweli Mkhize - and supported by Dlamini-Zuma, a former health minister with an ancient gripe against the tobacco industry - carried the day with arguments about the benefits of not smoking during a pandemic which centre on respiratory failure.

It wasn’t too difficult a case to make and the decision was made with the support of the president, without whom no Cabinet edicts are ever issued.

Government, governance and matters of state are now front and centre, not the perpetual and internicine conflicts in the ANC.

Space for opponents in party has been shut down

Ramaphosa has effectively deployed his powers as executive head of state and has ensured that this is communicated in imagery, speeches and in meetings.

He has mobilised all arms of government and has been visible and vocal. He has convened a new body (the National Coronavirus Command Council) and has enlisted the support of most sectors of society.

The extent of the crisis – in health, economy and society – has meant that Ramaphosa has had to utilise the whole of the state, and that has led to the diminishing of his enemies at Luthuli House.

Ace Magashule and his other avowed opponents remain as dangerous and devious as always, but the space in which to plot and plan has been shut down.The PR around the decision to ban cigarettes was a disaster, as well as the way in which it was communicated. The decision itself also deserves scrutiny and the influence of lobbyists and vested interests is fair game.

But Ramaphosa has stuck to his consultative guns and allowed himself to be swayed by arguments put before him.

Before she announced the final regulations, Dlamini-Zuma last weekend also reached out to individuals and representatives of industry and commerce, asking, checking and calibrating.

There was no trace of malice or factionalism during these conversations, described by one participant as a "thoughtful, rational conversation". Dlamini-Zuma is powerful, no doubt.

She has standing and she has position. But its doubtful that she’s leading an insurrection.

We live in a world where facts and fiction get blurred
In times of uncertainty you need journalism you can trust. For 14 free days, you can have access to a world of in-depth analyses, investigative journalism, top opinions and a range of features. Journalism strengthens democracy. Invest in the future today. Thereafter you will be billed R75 per month. You can cancel anytime and if you cancel within 14 days you won't be billed.
Subscribe to News24
Related Links
Covid-19 | Tobacco sale U-turn was collective decision - Ramaphosa defends Dlamini-Zuma
ANCWL fuming over treatment of Dlamini-Zuma on cigarette about-turn
'Bizarre and irregular' - British American Tobacco on government's tobacco ban
Next on News24
FIRST TAKE | Arrest of Gupta lieutenants Gama, Wood a major leap forward for NPA, accountability