The National Council of SPCAs (NSPCA) has turned to the court to stop a shipment of more than 80 000 sheep from the Eastern Cape to Kuwait this month, citing animal abuse concerns.

The exporting company, Al Mawashi South Africa, has, however, dismissed the allegations, saying it went above and beyond what animal welfare standards required.

It said both ethically, in terms of religious laws in Middle Eastern countries, and commercially, to reduce animal mortalities, it did not make sense to ill-treat the animals.

News24 spoke to Al Mawashi South Africa’s managing director, Ilyaas Ally, about the export of live sheep, why the sheep are not ill-treated as alleged, and the economic impact the industry has on South Africa.

How long has the sheep trade between the Eastern Cape and Kuwait taken place, and how many have thus far been transported?

The live export of animals from South Africa to the Middle East started in 2019 - it is legal in South Africa, we strictly follow World Organisation for Animal Health (OIE) guidelines, and we exceed on animal welfare standards.

In 2019, the South African affiliate of KLTT, Al Mawashi South Africa, was established and we began exporting from South Africa in 2019.

Our first shipment was in October 2019. In March 2020, we undertook a second shipment. The excellent mortality rates we achieve onboard vessels during shipments is below sheep mortality rates on South African farms and feedlots - a testimony that live exports is being done in a humane way.

The demand by Middle Eastern countries is firstly for live animals based on consumer preference for freshly slaughtered meat and not chilled or frozen meat, and secondly for cultural reasons involving religious sacrifice.

Concerns have been raised over the condition these sheep are kept in the container's ships such as sheep living in animal manure, and high mortality rates. Do you agree with these concerns?

We disagree with these views, and deny these allegations.

We need to firstly clarify, sheep are not kept in "containers" but in feedlot pens, similar to pens on terrestrial feedlots. Importantly, visuals and footage used by animal rights and welfare groups circulated to media and the public is not a true reflection of live exports from South Africa to the Middle East. Visual and footage involves exporters from other countries, and are in no way related to conditions on board our vessels.

There is a general lack of understanding and unwillingness to understand the live export industry on the part of animal rights and welfare groups, and this being exploited to sensationalise live exports and to paint it in a negative light.

Concerning claims of excessive animal manure: We add straw to vessel floors to assist the absorption of urine and faeces, if necessary. Sheep manure is dry. It gets trampled down to create a firm pad underfoot for animals. This same basic management principle of terrestrial feedlots applies for livestock carrier vessel feedlot pens. This must also be viewed against the OIE regulations governing the transportation of animals by sea. The OIE regulations and guidelines require that vessels are only cleaned and disinfected before and after voyages. Based on the further development of OIE regulations by exporting countries such as Australia, the use of water to clean out pens during shipments can create stress for animals and unsafe slippery surface conditions.

Do you believe the sheep go through any unnecessary pain in the process?

We believe animals are being treated in a humane way and that animal cruelty, as alleged by animal welfare and rights groups, is mitigated in responsible ways. Ethically and commercially it will not make any sense for us to compromise animal health and welfare. Commercially, we need to try and reduce animal mortalities. Ethically, we are strictly governed by the religious laws of Middle Eastern countries.

We need to also state that countries that are ranked higher than South Africa by the Animal Protection Index (API) permit live exportation of animals on ships. These countries include Canada, Australia, the United Kingdom, the EU, Denmark and the USA, for example.

Animal welfare groups are misleading South Africans by stating that live exports are banned in New Zealand. This is misleading and incorrect. In fact, this morning, it was reported that the largest livestock vessel in the world docked in the Timaru district in New Zealand to load 14 000 cattle to be exported to China.

Do you agree with concerns that the conditions the sheep are exported in create ideal conditions for disease to spread?

The claim that sheep exports create conditions for diseases to spread is completely false.

In fact, animal rights and welfare groups frequently omit all the stringent biosecurity measures that are a legal requirement from countries importing sheep. In this regard, sheep undergo a strict 30-day biosecurity quarantine before going on the export journey from South Africa to the Middle East. As noted by role players in red meat and agriculture, South Africa's red meat industry adheres to strict biosecurity, hygiene and vaccine requirements.

Before any exportation of animals may take place from South African shores, the South African government must inspect animals, the feedlot and vessels to provide a health certificate indicating a clean bill of health for animals, and compliance of the vessel.

This provides, on the one hand, the importing country with the necessary guarantees that animals are disease-free, and, on the other hand, to the export country that animal welfare standards and animal safety during the voyages are achieved through the vessel and vessel systems.

The South African government must inspect animals to provide a health certificate indicating a clean bill of health. This is to indicate that animals are disease-free, and this is done for every shipment undertaken by Al Mawashi South Africa.

The summer trade between Kuwait and Australia was reportedly stopped due to bad conditions for the sheep. Is it correct therefore to say that Al Mawashi moved the trade to South Africa to make up the shortfall?

It is also important to note that our parent company has established supply chains across the world.

It is arguably incorrect for animal rights and welfare groups to characterise equatorial shipping routes as unsafe or unsuitable from a welfare perspective, whether that is at all times or for the northern summer. There is variability between seasons and within each region in any given month. Historic data shows that mortality rates for equatorial voyages remain low and essentially unchanged for much of the northern summer and, overall, transport by ship often has comparable or better welfare outcomes than on the farm.

Sophisticated tools can be used to predict and avoid weather extremes along equatorial shipping routes. Livestock are adept at thermoregulation and coping with increased heat and humidity.

Live exports are legal and permitted in Australia and have not been banned, however, restrictions are in place prohibiting trade during northern hemisphere summers.

However, Australia's federal government recently provided an exemption during its northern hemisphere export ban. During this shipment, a mortality rate of 0.08% was recorded, and as a result farmers and exporters believe that the northern summers ban should be reevaluated.

In fact, an exemption was granted and withstood a challenge by animal rights groups in the Federal Court of Australia shows that the Australian approach is still for the government department to assess each proposed voyage on its merits, including during the northern summer.

What is the economic impact of the sheep trade to Kuwait for South Africa, and Eastern Cape farmers, and what would it mean to them if the trade is halted?

The new market of live exports will also create increased demand, especially during the current economic downturn due to Covid-19, and helps to stabilise the local lamb prices as local demand for lamb is expected to decrease with the economic slowdown since lamb is a luxury product.

In the event where live exports can continue, and the quantities increased, previous sheep producers who started to farm with cattle and/or game due to the high associated risks of sheep farming and low prices, will be incentivise to return to sheep production and our national herd that decreased from 29 million in 1999 to 22 million in 2019 (reduction of 24%) will be increase again.

Do you have any plans to increase live sheep exports in South Africa?

We have ambitious plans for South Africa. There is a demand for 600 000 head of live sheep per year to be exported from South Africa. We will only be able to realise this once we scale up operations in South Africa. With current infrastructure, we can currently accommodate four shipments totalling 280 000 animals per year. Further development of infrastructure in the long term will help us accommodate the full demands from the Middle East. We also believe that live exports are giving an opportunity for emerging and black farmers. In fact, during the past two shipments, we have secured excellent participation and procurement targets.

Related Links
EXPLAINER | What the Supreme Court of Appeal judgment means for gun owners
EXPLAINER | What are the allegations against Gauteng Health MEC Bandile Masuku?
EXPLAINER | Why has 11 000 'excess deaths' been recorded between May and June
Share
Next on News24
ANALYSIS | Feeling hopeless and lonely: The impact of Covid-19 on adolescents 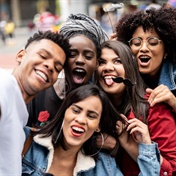