EXPLAINED: Mabuza will not be sworn in as MP... what you need to know New members of Parliament will be sworn in from 10:30 this morning – but Deputy President David Mabuza will not be among them. This is what you need to know.

Early on Wednesday President Cyril Ramaphosa released a statement saying Mabuza has asked to have his swearing-in as MP postponed.

The integrity commission makes a move

According to Ramaphosa, his second has been named in a report by the party’s integrity commission as “having prejudiced the integrity of the party and brought the organisation into disrepute”.

Mabuza, who as premier of Mpumalanga presided over one of the most corrupt provinces in the country, now wants an opportunity to clear the air.

Professor Pierre de Vos, a scholar of constitutional law, says it is unclear whether Mabuza’s seat can be left open because any vacancy in Parliament must be filled with the next person on a party’s list.

What about the deputy presidency?

This seems to be uncharted territory, because the president will be elected on Wednesday and needs to assume office within five days. He then appoints his deputy and members of his Cabinet.

The deputy president must be an MP

According to the Constitution the deputy president and other members of Cabinet remain in their positions until the new president assumes office. That happens on Saturday.

De Vos says Ramaphosa cannot leave the position vacant and must act “speedily and without delay” to appoint a deputy, otherwise he will be in breach of the law.

If Mabuza wants to go back, he is going to have to make haste

Ramaphosa will take his oath of office in three days, and speculation is that he will announce his Cabinet either on Saturday or on Sunday. If Mabuza wants to make that train he’ll have to move.

He has been a stickler for process and procedure since he became president last year, attempting to ensure the integrity of systems and institutions. By adhering strictly to the ANC integrity commission’s report he will be ridding himself of a dormant enemy in Mabuza.

Many are ready to take Mabuza’s place

The deputy presidency is the springboard for the Presidency. Everyone knows this and everyone is eyeing it. The anti-reformist faction seems to have been strengthened by the addition of Lindiwe Sisulu, but Ramaphosa will avoid her.

Ramaphosa would want someone he can trust

Naledi Pandor, the veteran and respected minister of higher education, was Ramaphosa’s original choice before Nasrec, and Nkosazana Dlamini-Zuma has proven loyal since she was appointed minister in the Presidency.

If Mabuza, burnt by the integrity commission and dumped by Ramaphosa, is exiled to Luthuli House he will find a sympathetic shoulder in the form of Ace Magashule, who is recruiting for his army of the wounded. 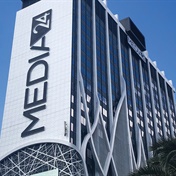 Here are your Lotto and Lotto Plus results
Full list of lottery results
Lockdown For
DAYS
HRS
MINS
Voting Booth
A few positive Covid-19 cases have been confirmed at two SA rugby franchises.. Should teams proceed with return to training protocols?
Please select an option Oops! Something went wrong, please try again later.
Yes, SA rugby is already behind the eight ball compared to New Zealand and Australia
12% - 468 votes
It’s too dangerous, the country is only now heading into the Covid-19 storm!
39% - 1560 votes
Get the ball rolling, Covid-19 is here to stay as the 'new normal'
49% - 1924 votes
Previous Results
Podcasts
PODCAST | THE STORY: What next for Gauteng as it overtakes Western Cape as SA's Covid-19 hotspot