EXPLAINER | Why does the US only have two dominant political parties? Former US vice president Joe Biden from the Democratic Party will take on President Donald Trump for the presidency on 3 November when tens of millions of voters cast their ballots.

While there are other candidates from other parties, or those standing as independents, it is almost certain that either a Republican or Democratic candidate will take the presidency with over 90% of the overall votes going to either party candidate.

The Washington Post reported that since 1852 - 168 years ago - the president of the country has always been from either party. 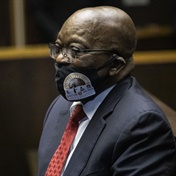