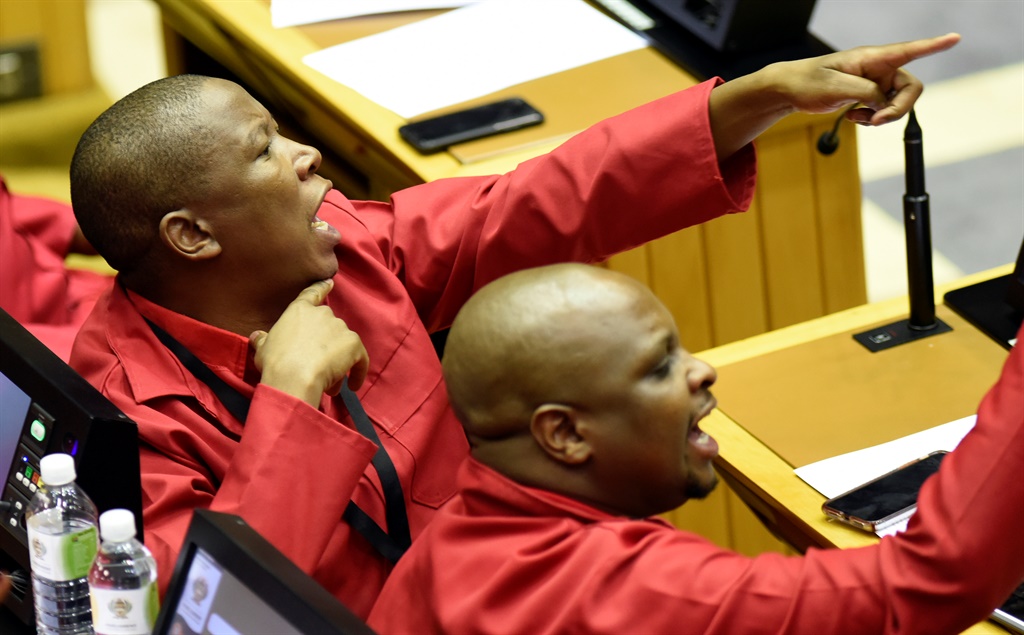 It’s not the first time, and it certainly won’t be the last time.

But Thursday night’s events in the National Assembly, where the EFF prevented President Cyril Ramaphosa from delivering his State of the Nation Address, have again proved that Julius Malema’s party does not believe in a constitutional democracy.

The annual joint sitting of Parliament, where the president addresses the country, is part of South Africa’s democratic and constitutional architecture. It is an opportunity for the head of state, elected in the National Assembly on the basis of a national election, to detail government’s plans and vision.

Parliament, the national legislature, is the body tasked with providing oversight of the executive, including the president, and as such there are numerous mechanisms, processes and convention through which elected members of Parliament can do that. This includes two days of debate next week in which every party and every MP can attack and rip apart whatever the president said or plans.

PICS: EFF calls for De Klerk to be thrown out of #SONA2020: 'He is an unrepentant apologist of apartheid' | @Sesona_Ngqaks https://t.co/GZjT6JE3GZ pic.twitter.com/Tno2nT16ot

But the EFF, increasingly a party of political thugs and political arsonists, have over the years shown almost no inclination to play a lawful and participatory role in parliamentary proceedings. It has ridden roughshod over rules and convention, using violence, insults and lies to advance its own agenda.

Speaker of Parliament Thandi Modise was remarkably calm and clear in her management of Thursday’s deplorable events, using every clause in the Joint Rules of Parliament not to employ the security services to remove them.

When they eventually left at 20:17, more than an hour after Malema first stood up, the EFF’s game was clear: demand, disrupt and destroy.

Related Links
PICS | EFF calls for De Klerk to be thrown out of SONA: 'He is an unrepentant apologist of...
LIVE | SONA 2020: 'Pravin must go!' EFF chant as they walk out of SONA 2020 after delaying...
Africa must feature prominently at this year's SONA - Naledi Pandor
Share
Next on News24
SATURDAY PROFILE | Journalist Mandy Wiener: 'SA fails whistleblowers both culturally and legislatively'