South Africa is in crisis – Ramaphosa cannot waste it

On the surface, it looks like South Africa is chugging along. On Thursday President Cyril Ramaphosa attended an official function of the health department in Gauteng, Deputy President David Mabuza answered questions in the National Assembly and Transport Minister Fikile Mbalula unveiled a fleet of new buses in Tshwane. But underneath, the war for control of the ANC, government and state resources is raging.

South Africa's political landscape is a battlefield strewn with skirmishes and assaults, retreats and ambushes. Ramaphosa is defending his corner against a Public Protector seeking to wreak maximum havoc while the EFF seem to be making common cause with the anti-reformists inside the governing party.

The president has been criticised for his inaction, and the only sign of life has been his supporting affidavits in the Pravin Gordhan matter and his statement after the Public Protector's report into his ANC dealings with controversial company Bosasa.

It may seem as if he has few cards to play – but there is an escape hatch: Act 108 of 1996, the Constitution. Ramaphosa can and must use his executive powers to drive change. He has shown too much reverence and deference to the ANC and its lumbering and arcane internal processes. His opponents are using it against him and the country's supreme law can be his (and our) saviour.

The ANC's national executive will meet this weekend. It's not going to be business as usual.

Cyril Ramaphosa, PW Botha, and how not to waste a good crisis

President Cyril Ramaphosa is facing attacks from all sides, including from within his own ranks. The time has come for him to use his executive authority, shore up his support in the parliamentary caucus and implement urgent reforms. And to avoid what PW Botha did. 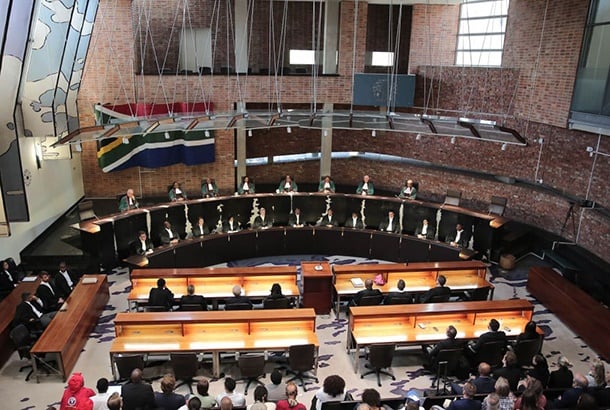 As political lawfare burgeons, what does it mean for SA's fledgling democracy?

How has the most recent judgment concerning the incumbent, Advocate Busisiwe Mkhwebane, affected this vital cog in the democratic framework? In upholding the decision of three judges in the Gauteng High Court that Mkhwebane should pay 15% of the costs of one of the opposing parties, the Constitutional Court has sent a very clear signal of its intense disapproval of the manifestly unlawful manner in which she conducted her investigation. On Putin, the end of liberalism and the dangerous figures in SA's democracy

More and more people are slipping out of the middle classes into the new precarious class, called "the precariat". This refers to people who frequently have more than one job and still can't keep head above water. Neo-liberals regard such people as "the redundant" who did not take the right decisions, or who are "inherently" inferior and therefore could in any case never succeed. In such stressful times, it is no wonder that "the redundant" grab at collectivism. And this is what the authoritarian populist lives on.

SIGN UP for the Friday Briefing newsletter, delivered to your inbox early every Friday morning, for insight and analysis on the big political story of the week.

We live in a world where facts and fiction get blurred
In times of uncertainty you need journalism you can trust. For only R75 per month, you have access to a world of in-depth analyses, investigative journalism, top opinions and a range of features. Journalism strengthens democracy. Invest in the future today.
Subscribe to News24
Related Links
Batohi and Cronjé bring hope in fight against corruption - Lamola
'No mercy' for errant prison officials as Lamola cracks the whip
Prisoners do it for themselves as Bosasa contract terminated - Lamola
Next on News24
ANALYSIS | Should you be afraid of the new Expropriation Bill? We ask 3 legal experts