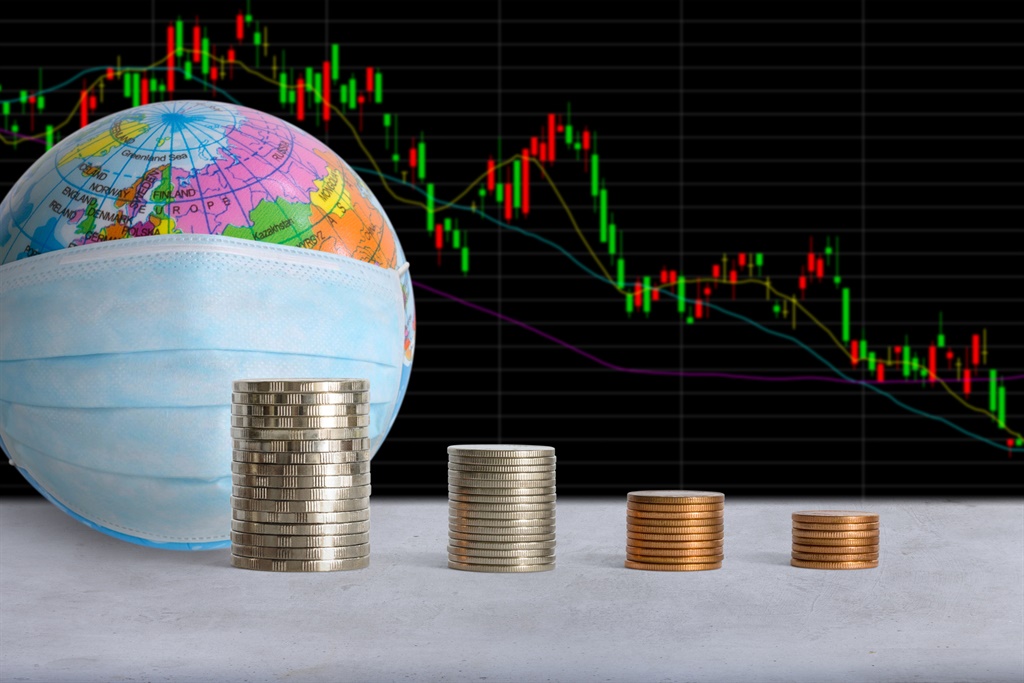 The covid-19 coronavirus pandemic has had a negative economic impact across the world. (iStock)

Covid-19 has not only emphasised existing fault-lines such as inequality and unemployment, its has added new challenges which makes it even more difficult to address the legacies of the past, writes Isaah Mhlanga.

Never before have we seen a synchronised and sudden halt to normal life and economic activity than we have seen since the World Health Organisation (WHO) declared the coronavirus a global pandemic.

The pace of economic reorganisation is phenomenal and the global economy of the future will likely settle at a new normal that is very different from a pre-Covid-19 one.

For South Africa, the pandemic has done two things.

First, it glaringly exposed fault-lines that have always existed in the social, spatial and economic organisational structure.

Second, it has added new challenges that complicate how the fault-lines from the past should be addressed.

A total rethink of what South Africa should look like and the necessary commitment to make it happen is, more than ever, required; and nothing should be off-limits in creating a sustainable and inclusive economy for the future.

The incoming data are instructive in getting a sense of what will remain when Covid-19 has passed, whenever that will be.

I see three crucial realities that we will have to contend with.

First, we are more likely to reside in a country that has a higher unemployment rate than what we currently have.

The National Treasury estimates that three million people will likely lose their jobs in a more optimistic scenario and up to seven million jobs in a worse scenario.

That is, respectively, roughly 20% and 43% of the 16 million-odd people formally employed. A profoundly troubling picture.

Secondly, we will be left with an economy in a deep recession.

Third, inequality and poverty would have worsened significantly, with those that have always been on the fringes of the economy completely dependent on the State for survival, which has other consequences for the fiscus (but the latter is for another day).

The current debates have concentrated on the diagnosis of the immediate problems due to Covid-19 and what needs to be done post-Covid-19.

These debates are missing one crucial element, which is: What kind of economy and society do we need to create after the pandemic?

An answer to this question will then inform policymakers what needs to be done.

I view the South Africa I hope for in the following way.

I will not buy a good house in a bad neighbourhood, for my overall experience of life will be dictated by the broader environment than narrow and gated comfort.

Let me elaborate on my thinking.

Any idea that proposes a future economic and social structure must do three sets of objectives that translate across economic factors, spatial organisation and the governance structures across the public and private sectors.

On the economic front, the objective must be to reduce the triple challenges of high unemployment, inequality and poverty. Everybody that can and wants to work may find employment, so that they can self-determine the course of their livelihood.

A core focus of improving economic outcomes must be a focus on productivity and innovation because, without it, the distributional aspects will not yield desired results.

The spatial organisation of human settlements that we inherited from the apartheid regime, and made minimal effort to reverse, reinforces the economic divide that currently exists.

Any future that does not address such a divide will fail to create a new and sustainable society.

Create human settlements that make distance irrelevant in everyday life, both in terms of costs and time spend.

The idea of gated communities closest to places of work for the few, while the majority are packed many kilometres away from centres of economic activity is neither desirable nor sustainable.

It is, in fact, detrimental for social cohesion and must be changed.

The other aspects that need to be looked at are the relationship between the government, business and civil society and the governance structures that exist among and within each of these groupings.

Big business ought to realise that it exists in society, and its survival and prosperity are linked to that society.

As such, the way it operates must not be merely to extract resources out of society, but to build a sustainable society from which future opportunities will come.

The government and civil society also need to be bold and be able to reverse the bad or outdated policies that no longer fulfil what it was designed to achieve.

More so, the government must not be afraid to implement policies that are to the benefit of the economy, and equally so, should not treat business as an enemy but rather a partner that can drive social and economic progress with the right incentive structure.

What are some of the elements required to create such a society?

I think of the following three necessities - but not sufficient conditions to propel economic growth from its snail's pace of the past few years.

Lastly, a focus on productivity improvements in everything the country embarks on.

For these three aspects to be realised, there has to be consensus in the governing party, the government, business, trade unions and civil society on priority areas, and what the structure of the economy should look like - the elements of which I outlined above.

To be successful, we need to avoid what veteran investment economist Mohammed El Erian calls active inertia, which means that, despite knowing what is wrong and the solutions already are known, there is a tendency to pivot on the same actions that created the current economic malaise.

Perhaps this is a reflection of the political paralysis in the country, which is created by a divergence of interests across society.

I point this out knowing well that the right political set-up, I am unqualified to comment on as an economist, but the current political dynamics paralyses much of the efforts to reform.

We need to eliminate the paralysis that creates a bimodal economic policy distribution, whereby it is possible to get both bad and good economic policy outcomes from the same government that has committed itself to economic reforms.

This is only possible if the best minds in the country are charged with leading efforts to create a better country.

What's more, accountability needs to be better implemented in such a way that those who are tasked with leading society will be held to the highest standard possible; failing of which, they need to voluntarily recuse themselves from leadership roles.

As far as the economic reforms are concerned, National Treasury, with inputs from many economists, local and global, have proposed a set of micro-economic reforms that will increase the productive capacity of the economy, reduce the cost structure and enhance competition.

These set of reforms offer a good place to start and the evidence exists to show that implementation is slowly taking place.

Though devastating, this pandemic may just have been the catalyst the government never needed to finally push through these reforms.

We live in a world where facts and fiction get blurred
In times of uncertainty you need journalism you can trust. For only R75 per month, you have access to a world of in-depth analyses, investigative journalism, top opinions and a range of features. Journalism strengthens democracy. Invest in the future today.
Subscribe to News24
Related Links
Business confidence plunges to all-time low as coronavirus upends economy
OPINION | Why coronavirus is punishing the economy more than Spanish flu
Radical economic transformation best for SA post-Covid-19, says Ramaphosa
Next on News24
ANALYSIS | Keymanthri Moodley: Vaccine mandates in South Africa - Where are they most needed?