Years of government corruption, incompetence and indifference has severely undermined the credibility of government. Not holding the politically-connected accountable for wrongdoing was allowing for a culture of impunity, writes William Gumede.

A crisis as big as Covid-19, the biggest crisis of our generation, can make or break a leader, make or break a country, by either uniting formerly opposed groups behind forging a common new direction, or enlarging existing divisions within a country.

The type of leadership in a crisis is a crucial element in whether that can be used for good or for bad.

Good leadership is a pillar of good governance, the way the values of the country, as encompassed under the Constitution, are embedded.

Leaders can either foster the underlying values, inclusive nationhood and peaceful co-existence, set out in democratic constitutions, or undermine these.

People often say South Africa lacks leadership. What they mean is that we need leaders who would govern in the best interests of all.

Leadership that is in the widest public interest, aligned with the values of the Constitution and which is compassionate – promotes good governance.

Leadership is at higher premium in societies that are ethnically diverse, have high levels of inequality and where democratic rules, institutions and governance are not fully embraced by all.

The type of leadership in a crisis will determine, where the management capacity to tackle crisis will be strengthened, whether the performance of the state will be improved and whether civil society, the private sector and citizens will support the crisis management strategies. Africa continues to be plagued by governance challenges. (iStock)

Leaders often act, make decisions and policies which are in direct opposition to the underlying values, laws and in the public interest, as set out in country constitutions.

This then, means that leaders below the national leader, will also not act within the values, laws and best public interests of the democratic constitution.

There were well-founded public fears that South Africa's political leadership was not capable.

The initial confidence in President Cyril Ramaphosa to provide the kind of effective leadership which his predecessor, former President Jacob Zuma, failed to provide, had waned.

Any strategy to successfully tackle the devastating impact of Covid-19, which snowballed health, economy and social crises into one, meant that South Africa will have to unprecedentedly have to, in one go, overcome all the obstacles which up to now, had stubbornly undermined leadership and government attempts to raise economic growth levels, boost development and forge societal solidarity across race, class and ideology.

Ahead of the Covid-19 breakout, the ANC may have been in government, but there was very little trust in government, among the key societal intellectual, business and civil society capital.

Years of government corruption, incompetence and indifference had severely undermined the credibility of government. Not holding the politically-connected accountable for wrongdoing was allowing for a culture of impunity.

Political appointees to government institutions, lack of merit in appointments and seeming tolerance of mediocrity had decimated the capacity of the state to deliver public services.

This meant that the capacity within government to coordinate complex delivery programmes, plan across departments, agencies and sectors and former effective partnerships within and outside government, crucial to successfully battle epidemics, was eroded.

Laws appeared only to apply to ordinary citizens and not to ANC leaders. Low level public officials took to corruption because leaders were openly looting and getting away with it.

This meant that any inept Covid-19 public leadership and poorly executed strategy, would likely to also be met with similar public protests.

At the best of times, communications within government, across departments and different spheres of government have been appalling.

Government communications to citizens about policies, decisions and actions have always been abysmal.

Information would either drip out slowly, or when it finally comes out, it was often defensive, obtuse and double-speak.

To win any battle against an epidemic needs the effective mobilising of the leadership, resources and ideas of all South Africans, within and outside the ANC, government, private sector and civil society.

Before Covid-19, enforcing mass societal behavioural change had been a challenge for government, ranging from struggling to get citizens to follow traffic rules, taxi drivers to follow safety rules or informal traders to practise clean hygiene.

The high levels of government corruption, mismanagement and indifference, meant that the government did not have the moral authority to compel ordinary citizens to follow rules.

A successful Covid-19 campaign depends, to a large extent, on citizens to follow lockdown rules and adhere to social distancing, personal infection control and avoiding hoarding of food.

The Covid-19 crisis appeared to give President Ramaphosa's leadership a new lease on life. The president made evidence-based policy a pillar of the new strategy.

Over the past few years, government policy-making has often either been based on ideology, wishful thinking or corruption.

Throughout the Covid-19 response, government appeared to be guided by advice from health experts.

The government appointed a ministerial advisory committee, made up of medical experts, including 20 medical academics.

The hallmark of the government's Covid-19 communication has been that it happened regularly, was relevant and honest. Regularly briefings by Health Minister Zweli Mkhize and the ministerial advisory committee members, especially its head, Professor Salim Abdool Karim, brought much-needed clarity of information about the spread, containment measures and the behaviour changes needed.

The members of the Covid-19 ministerial advisory committee, made up of medical experts, appeared to be appointed on merit. Not surprisingly, they have been perceived by the public to be trustworthy.

It is going to be important that government ensure that appointments to all implementing structures are based on merit – that the best people in the country are used to manage the R500 billion emergency economic stimulus package.

The emergency funds to SMEs, spaza shops and larger companies should be based on merit, go to genuine businesses, and not be channelled to political capitalists or to friends and families of the politically connected or to fake companies.

The Covid-19 response is arguably the most effective public-private partnership we've seen since the end of apartheid. Partnerships between the public, private sector and civil society in crisis strategy execution is even more crucial when the state is failing because of its non-state skills, ideas and resources.

Nevertheless, there appears to remain some stiff resistance within government to partnering with the private sector.

For example, the Congress of South African Trade Unions (Cosatu) complained that the management of the Unemployment Insurance Fund (UIF) had refused to accept help from the private sector to distribute the R40 billion fund for laid-off workers, although the organisation lacked the capacity to do so effectively.

One of the weaknesses of the government's partnership approach was not to bring civil society organisations outside large business and the trade unions as part of the partnerships.

The informal sector and small businesses - the most vulnerable in a lockdown, had no direct representation to government.

Civil society organisations will be crucial to help the state deliver its R500 billion emergency economic stimulus, whether helping with distribution food to the hungry, get the Covid-19 social grants to the unemployed or to help women and children facing violence and abuse during the lockdown.

But civil society organisations will also be crucial to monitor corruption, mismanagement and waste of the stimulus – which may be derailed by ANC and government corruption, inefficiency and poor execution.

So far, the government has unevenly brought the private health sector into its strategy to fight the virus - with each in the main focused on their own initiatives to battle the virus.

In the early days of the Covid-19 crisis there were not explicitly resource-sharing arrangements between the public and private health sectors. Yet, the best health delivery strategy in this epidemic should be based on a public-private partnership model of delivery. 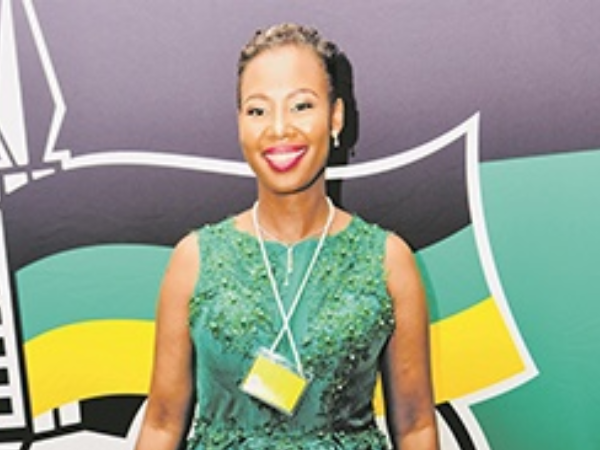 Once corruption penetrates the Covid-19 funding it is likely that government's credibility will be destroyed, raising the spectre of angry, hungry and disappointed would-be recipients resorting to public protests, looting and violence. More people will then also begin to defy the lockdown rules.

If President Ramaphosa and the ANC government take these leadership lessons to heart, South Africa's political, economic and society system will withstand the Covid-19 shock, and our democratic system of governance, while it will be tested, will be ultimately strengthened.

We live in a world where facts and fiction get blurred
In times of uncertainty you need journalism you can trust. For 14 free days, you can have access to a world of in-depth analyses, investigative journalism, top opinions and a range of features. Journalism strengthens democracy. Invest in the future today. Thereafter you will be billed R75 per month. You can cancel anytime and if you cancel within 14 days you won't be billed.
Subscribe to News24
Related Links
OPINION: Keeping hunger at bay in a time of crisis
Daniel Silke | South Africa’s challenge: How to reshape itself post-Covid-19
OPINION: WHO’s catalogue of failures shines a light on an organisation that has lost its way
Next on News24
SATURDAY PROFILE | Swimming star Lara van Niekerk: 'I'm finally realising I won two gold medals'