Adriaan Basson: Why did Colonel Christelle Stemmet have to die? 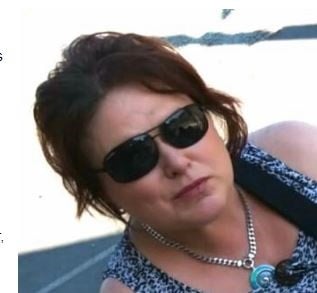 I do not know what pushed Colonel Christelle Stemmet over the edge (if she indeed shot herself), but wish she was treated better by the police service she so loved, writes Adriaan Basson.

Two days before top Hawks detective Colonel Christelle Stemmet allegedly died by her own hand, she told me that she no longer had a position in the new structure of the police's elite crime-fighting unit.

If she could no longer be accommodated in the Hawks, she would have been moved to a normal policing job in Beaufort West or George. One of the country's foremost detectives of commercial crimes would have been unable to help arrest the hundreds of free-roaming state captees, instead spending her days running dockets in the Karoo or in the Southern Cape.

Qualification: I fully accept that the reason or reasons a person takes their own life is complicated and layered. I do not pretend to know why Stemmet committed suicide last Sunday night in her house in Table View, if she indeed did (some of her family members don't accept this version of events). All I know is that Stemmet, like many of her peers, has been extremely frustrated with her working conditions and treatment by the SAPS and that this was top of mind for her two days before she allegedly pulled the trigger.

Stemmet was a career police officer and a member of the Scorpions, the best anti-corruption unit this country has ever had, before it was culled by the ANC. Ten years ago, she was one of a small group of Scorpions investigators transferred back to the police to be part of the Hawks.

Messed around and removed from key investigations

Over the last ten years, while the Hawks was captured as part of former president Jacob Zuma's project to neutralise all resistance, good cops like Stemmet were frustrated, messed around and removed from key investigations.

I met her during my investigation into PetroSA, the government's national oil company and favourite looting ground of crooked comrades. She was absolutely dedicated to bringing those who stole from PetroSA to book and four days after her death, her first suspects appeared in court.

This didn't come without frustration. She often told me how she wished she would just be allowed to run her investigations without interference.

The Hawks was thoroughly and almost fatally captured by Zuma's acolytes under General Berning Ntlemeza. Ntlemeza was known for insisting to know if an ANC politician was implicated in any of the Hawks' probes.

When I spoke to Stemmet last Friday, she was excited to sink her teeth into corruption and fraud at the Public Investment Corporation, a case on which she had recently started to focus. But she sounded despondent about her predicament with her employer.

"They messed us (former Scorpions) around for ten years just to get rid of us," she said. I shrugged it off, refusing to believe that the police would allow one of their best to be transferred into obscurity. Maybe I was wrong.

Two days later, she allegedly locked herself in a bedroom, fired one warning shot to test her pistol and then another to cut her life short.

Some news reports have suggested that Stemmet and her partner had difficulties in their relationship. Like I said before, I do not know what pushed her over the edge (if she indeed shot herself), but wish she was treated better by the police service she so loved.

My interaction with the Hawks about Stemmet's death has unfortunately left me with more questions than answers.

My questions were simple: since when did the Hawks have a new structure? How many officers are affected? Why would you transfer one of your most seasoned to the countryside? Do you accept that her job uncertainty may have led to her death? How many other Hawks find themselves in similar situations?

At first, a colonel tried to make my questions go away with a "these are internal matters and should be subjected to internal processes" response. I insisted on more detail. A member was dead.

The next response suggested Stemmet had lied to me about her predicament. "No member was asked to reapply or informed that they are outside of the structure," said spokesperson Brigadier Hangwani Mulaudzi.

I called more Hawks. They confirmed what Stemmet had told me: there is a new structure for the Hawks and there are "excessive" members in several provinces. I went back to Mulaudzi. This time he admitted there is a new structure as of October 1, 2019, but they are not done yet with consultations. Nobody has been told they will lose their jobs and placements must still be done.

Mulaudzi further disputed that there are excessive members in the Hawks; there is actually a shortage and they are "standing at 50%".

He could not explain to me why Stemmet believed what she did and said it is "unbecoming" of me to raise a private conversation between me and her. I guess the Hawks would have preferred me to stay quiet about what she told me two days before she died.

I still don't know the truth about Christelle Stemmet or why she had to die, but will continue to ask the hard questions in her honour.

We live in a world where facts and fiction get blurred
In times of uncertainty you need journalism you can trust. For 14 free days, you can have access to a world of in-depth analyses, investigative journalism, top opinions and a range of features. Journalism strengthens democracy. Invest in the future today. Thereafter you will be billed R75 per month. You can cancel anytime and if you cancel within 14 days you won't be billed.
Subscribe to News24
Related Links
Adriaan Basson: How the ANC failed its principled son, Vernie Petersen
Adriaan Basson: The rainbow nation reloaded – let's not mess it up again
Adriaan Basson: The importance of Siya Kolisi, a national hero
Next on News24
Adriaan Basson | An ode to SA's brave, resilient journalists who never give up

Here are the Daily Lotto numbers
Full list of lottery results
Voting Booth
Are you going to keep wearing a mask following the announcement that it is no longer required under law?
Please select an option Oops! Something went wrong, please try again later.
No ways, I'm done
41% - 3057 votes
Yes, I still want to be cautious
22% - 1609 votes
Only certain circumstances
37% - 2763 votes
Previous Results
Podcasts
PODCAST | The Story: Flashing cash - Tracking Ramaphosa's 'robber' and his spending spree