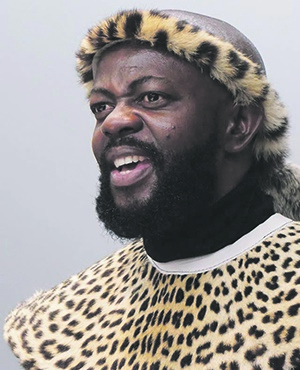 Ambassador Thulani Dlomo has been recalled from Japan by President Cyril Ramaphosa. What do we know about the man who, when he arrived at the State Security Agency in 2012 told his colleagues that he only reports to Jacob Zuma directly, writes Adriaan Basson.

A few weeks ago, while the country was glued to the singing of a very big Italian (not Luciano Pavarotti) before the Zondo commission, another major tremor shook South Africa's foundations.

Although the story was not reported with as much spectacle and fanfare as the earthquake in the wake of Angelo Agrizzi's testimony, the recalling of Ambassador Thulani Dlomo from Japan by President Cyril Ramaphosa was spellbinding.

If everything that has been said, written and reported about him is true, Dlomo holds the key to blowing open the capture of our intelligence services by former president Jacob Zuma to protect and promote him and his faction in the ANC.

What do we know about Dlomo, the KwaZulu-Natal security chief turned super spy turned ambassador, and why is his recalling significant?

When Dlomo arrived at the State Security Agency (SSA) in 2012 to head up something called the special operations unit (SOU), he told his colleagues that he only reports to Zuma directly. His appointment as a top spy was shrouded in controversy from the start.

Before moving to "the farm", as the SSA's head office in Pretoria is referred to by spooks, Dlomo was employed as head of security for the KwaZulu-Natal department of social development. He resigned from that position after a forensic audit found he received kickbacks of R1m for tenders worth R45m. Dlomo was never prosecuted for this alleged transgression.

Back to the SSA, where Dlomo – a known Zuma ally – headed up the SOU, which Jacques Pauw and other journalists later unmasked as effectively being a Zuma Defence Force in drag. The SOU ran several clandestine operations to protect Zuma, including the successful dismantling of the South African Revenue Service (SARS) and its investigations unit, commonly referred to as the "rogue unit".

One of the other operations Dlomo oversaw during his time at the SSA was the recruitment of apartheid-era cop Riaan Stander to travel to Europe and extract every bit of evidence the European arms deal companies had on Zuma. Stander stated this under oath in a damages claim against the SSA, which was settled outside court.

In 2013, after the resignation of Jeff Maqetuka as spy boss and his deputies Moe Shaik and Gibson Njene as heads of foreign and domestic intelligence respectively, after they fell out with Zuma and then minister Siyabonga Cwele over their insistence to investigate the Guptas, Dlomo was promoted.

He was made a deputy director-general for counter intelligence in the domestic branch of the SSA. Four years later, the Mail & Guardian reported that Dlomo's unit was effectively targeting Ramaphosa and his allies on the road to the 2017 ANC national conference at Nasrec. This included surveillance on Ramaphosa supporters and the tapping of phones, including that of the now president.

At about this time, Dlomo was suspended by the SSA for alleged transgressions with his foreign travelling. News24 revealed that Dlomo uses several diplomatic passports to travel, including one with the name Silence Dlomo.

The heat was turned on in 2017 when National Treasury wanted to know from the SSA why they couldn't account for R1,5bn (yes, billion), they majority of which was allegedly spent by Dlomo's SOU. Dlomo was in a serious pickle and needed to be relieved.

In stepped Zuma, who abruptly appointed him ambassador to Japan in April 2017. Without facing the music at the SSA, Dlomo was safely extracted and placed in one of the best-paid diplomatic jobs in one of South Africa's most strategic trading partners. This is how strongly Zuma felt about growing the economy.

Fast forward to January 2019: Intelligence Minister Dipuo Letsatsi-Duba, appointed by Ramaphosa to replace the sycophantic David Mahlobo, has recalled Dlomo and four other ambassadors – all former spies – to supposedly strengthen the capacity of the SSA. Other media reports quoted from a letter by Letsatsi-Duba to Ramaphosa in which she reportedly asked for Dlomo to return to explain to workings of the SOU.

There are different views inside the intelligence community about Dlomo's return to South Africa: some believe Letsatsi-Duba is cleaning house and insisted that Dlomo returns home to face the music; others are more cynical and are asking whether this may be a strategy of Zuma's to regain some hold over the intelligence services and fight back against Ramaphosa.

Ramaphosa announced in his State of the Nation Address last week that the SSA would be split into two, back to the old dispensation of a domestic National Intelligence Agency and a foreign South African Secret Service. This would have rattled Zuma's cage. The president has also received the high-level report from the Mufamadi panel on what is wrong with the SSA, and this could have informed his decision to recall Dlomo.

It remains to be seen how Dlomo's fate plays out over the next few months. Will the "real" rogue unit finally be exposed, or will he quietly disappear back into obscurity, courtesy of a state-sponsored golden handshake?

We live in a world where facts and fiction get blurred
In times of uncertainty you need journalism you can trust. For 14 free days, you can have access to a world of in-depth analyses, investigative journalism, top opinions and a range of features. Journalism strengthens democracy. Invest in the future today. Thereafter you will be billed R75 per month. You can cancel anytime and if you cancel within 14 days you won't be billed.
Subscribe to News24
Related Links
Project Unscrambling Zuma
10 people Zondo should call to testify about Bosasa
Bring back the Scorpions
Next on News24
Adriaan Basson | The ANC's fake bogeyman called Zimbabweans