The end of us: A Generation Z scenario 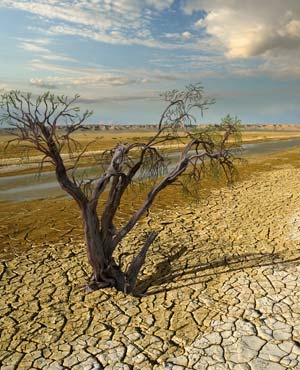 An campaign group has threatened to take Shell to court should it fail to comply with climate targets set out under the Paris agreement.

One of the first things that we teach pupils on our Growing Foxes programme at schools is that to look forward into the future, you must first look back into the past. You must trace your destiny line from the beginning to the present in order to provide a context for judgements about the future.

An old Irish saying agrees with this approach: if you want to find out how to get from A to B, you must first discover where A is. So our opening question to pupils on the course is to consider the three greatest drivers for change that they have experienced in their lifetime. I call these drivers the flags that give you clues about the future.

At one school, the first flag was an obvious one: the invention of smartphones enabling wider access to the internet and creating the platform for social media. The second and third flags surprised me.

The second one was that global population had surpassed the milestone of seven billion, and we were now displacing millions of other species in the animal and plant kingdoms critical to the Earth's future wellbeing. The third was climate change leading to extreme weather conditions, rising sea levels through the melting of ice in Antarctica and Greenland, and drought causing parts of the planet to become uninhabitable.

I subsequently had the following discussion with a young person about these flags and for reasons that will become apparent, I call her GZ.

Me: I find it very interesting that two of the three flags relate to the environment. In my generation, very few people would have chosen them.

GZ: That is because your generation will have departed from this planet when life starts getting really hectic as a result of those flags. We are already experiencing tomorrow today with record temperatures being set around the world. It is ironic that we are called Generation Z because we may actually be the last generation to grace the history of humankind. After a few hundred thousand years, we become victims of the sixth extinction that is taking place around us.

Me: Phew! That is a very bleak scenario where the final act is the end of us in the not too distant future. I know that because of the unusual heat crops are failing, farm animals are dying and uncontrollable fires are raging in parts of the world. At the other extreme lie devastating floods arising from exceptional rainfall. Moreover, 90% of seabirds have plastic in them and insects are disappearing at an alarming rate. However, the whole point of scenario work is to take the worst scenario out of play and concentrate on making the good one happen.

GZ: I agree. But where do you start? Any attempt by rich countries to reduce the population growth of poor countries, or go even further by insisting that absolute numbers should fall, will be regarded as a gross violation of the basic human right to have as many children as you like. Moreover, there is no desire to do this as it will have a negative impact on global economic growth. Look at how China has cancelled its one-child policy.

Me: But population growth is naturally falling with urbanisation and higher living standards. The latest UN projection is that population will be tailing off to a total figure of just over 11 billion at the turn of this century. Perhaps the world can accommodate that.

GZ: How can you say that when seven billion inhabitants are already causing such widespread destruction? Nobody knows what the maximum number of people this planet can bear is in order for it to survive indefinitely. I was told the other day that if Chinese people had the same standard of living as Americans, you would need four planets similar to the size of Earth to sustain their consumption.

Me: This brings our conversation to the other point about how we live and the carbon footprint attributable to each member of the population. Do you think it is possible for rich nations to persuade poor nations to lower their carbon footprint by using energy systems which do not involve fossil fuels, even if it is more expensive to make the switch?

GZ: No, especially when the rich nations were responsible for the problem in the first place with their industrial revolutions; and especially when the principal measure of international success is the performance of your economy and being more competitive than your neighbour. Equally, developing countries are obliged to provide the cheapest form of energy to all their citizens.

Me: Yet the whole issue of climate change is becoming more publicised.

GZ: The pathetic thing about most major media outlets is that they reinforce the view of business as usual by spending most of their time covering political and money matters. Even my dad says the environment comes a very poor second with just the occasional article or programme to maintain political correctness on green issues. On top of that you have the climate change denialists saying we are all crazy when it is genuine scientists providing the information. Would you contradict a cardiologist about matters of the heart?

Me: Is there any escape from the scenario you paint?

GZ: Some people hope that a new worldwide epidemic or a nuclear war will resolve the problem by killing millions upon millions of people. Both alternatives are to be rejected because of the immediate human suffering they will cause. Interestingly, Canada and Russia are the two countries with plenty of space which will benefit from global warming. Americans will flood into the one and Europeans into the other. The Mexican border and the Mediterranean will become irrelevant.

Me: Let's cut to the chase. What are we going to do about it? Charles Darwin said the secret to survival was adaptation. Surely these scenarios should lead to viable options to prolong the existence of humanity on Earth? We will adapt our behaviour to lower our imprint on nature.

GZ: All the articles I read say that advances in technology will come to our rescue. I do not buy that unless they are accompanied by a total change in paradigm about what human wellbeing really means and the realisation that there are finite limits to our planet. The idea we can all fly off to Mars or another planet somewhere in the universe is ridiculous, as is living in underground cities.

Me: For a positive outcome, that means the global community has to act as one team when right now we are probably more divided than at any time in modern history.

GZ: You have described the challenge perfectly. It is like a family continuing to argue on a plane when the captain has announced that the plane is going to crash. They should instead be putting on life jackets and holding hands.

Me: Thanks for giving me your views and I wish you luck in converting others to join the cause of preserving the human race. May the fox be with you in your endeavours!

With that, we parted company having exchanged a high five. At least, I had given her the power of debating the future in an imaginative way. Statistically, she has more of it ahead of her than I do. And maybe she's right to put forward such a negative scenario. Al Gore's inconvenient truth is now screaming at us from all quarters of the globe.