President Cyril Ramaphosa's announcement of an extension of the Covid-19 lockdown period to 35 days is devastating news for all South Africans.

The full economic impact of the first 21 days, which finishes next Thursday, is yet to be calculated, but the SA Reserve Bank has predicted a contraction of the economy of between 2 and 4% this year, with 370 000 people set to lose their jobs.

This figure will increase with another two-week lockdown to prevent the spread of the coronavirus.

Ramaphosa has an impossible task: to open up the economy and risk the rapid spread of the virus, resulting in unbearable pressure on our public health system and the loss of thousands of lives versus further breaking our already brittle economy but potentially saving thousands of lives.

He chose the latter and it is hard to blame him as he simply does not have enough scientific evidence in front of him to choose the former.

It is now widely known that the National Health Laboratory Service (NHLS), the state's pathology service, is woefully behind schedule to test 36 000 people per day. The NHLS ran out of chemicals early in the process, and the majority of tests are still being done by private laboratories.

Mass screenings and testing in townships and informal settlements ensued this week, but the result of that is not yet known to inform big political decisions. In the absence of reliable, local data at scale, Ramaphosa had to fall back on international case studies for his decision.

FULL SPEECH: Risk of 'uncontrollable resurgence' of coronavirus if lockdown is ended too soon, says Ramaphosa as he announces phased opening of the economy | #LockdownExtendedhttps://t.co/dFWWJEi9s5 pic.twitter.com/E3kvJ88DXY

South Africa's infection rate and death toll is relatively low compared to many European countries. There could be many reasons for this about which scientists disagree. What is clear is that Ramaphosa cannot close down the economy forever in the hope that the virus will disappear.

His asking South Africans to lock down for another two weeks is reasonable and responsible as painful as the impact might be. The phased opening of the economy is good news and we urgently need details on how it will happen. Opening up mining, agriculture and manufacturing - our key export sectors - should support the rand.

The pressure is now on the NHLS and health department to provide Ramaphosa with sufficient scientific evidence to inform his political and economic decisions going forward.

Related Links
Ramaphosa takes pay cut, calls on MPs, public officials and execs to do the same
IN FULL | 'Struggle is far from over': Read Ramaphosa's statement on 2 week lockdown extension
Lockdown: Remain professional and avoid provocation when executing your duties, soldiers told
Share
Next on News24
OPINION: The court ruling on lockdown regulations is as unclear as the laws 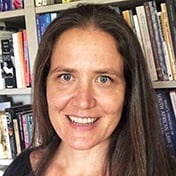