Ghaleb Cachalia | Flight of fancy: SAA is a study in folly Government has commited to provide R10.5 billion to be used to finalise the Business Rescue Plan (BRP) and restructuring of South African Airways (SAA).
Silas Stein/picture alliance via Getty Images

There is little clarity on why government chose to continue funding SAA when the country is going through an economic downturn, writes Ghaleb Cachalia.

This has prompted the minister to lash out at critics and in particular the Democratic Alliance (DA).

"The minister is shocked and disappointed with the DA, other parties and some analysts’ lack of insight, financial literacy and understanding of governance processes. Worse, the DA ignores the suffering of SAA employees and the threat of losing their jobs," the department said.

"In order to hide their knowledge of the aviation sector and its economics, the DA and their partners manipulate facts to fabricate false ideas about SAA.

This is fighting talk and the allegations warrant the refutation it deserves.

The facts are that SAA is insolvent and the cost of liquidation was always known. Liquidation, for the minister’s edification, is the only way to completely wind up an insolvent company and shut it down.

This is what happens in the real world of  business that is predicated on risk and reward, on performance and failure.

Instead of biting the bullet years ago – the writing was always on the wall – the minister and his government, as part of the R187.4 billion spent on state-owned enterprises' (SOEs) recapitalisations and bailouts between 2000/01 and 2019/20, has ploughed in excess of R57 billion into SAA. This excludes the newly-earmarked R10.5 billion in the Medium Term Budget Policy Statement.

The DA has, for years argued that burdensome SOEs should be sold, and the long-suffering public spared having to pay enormous sums on a continuous basis. But the minister has doggedly dug his heels in and is now welcoming the R10.5 billion provided by Finance Minister Mboweni to "finalise the BRP and restructuring of SAA".

But this is merely the tip of the iceberg.

As the DA’s Alf Lees pointed out to the Standing Committee on Public Accounts, the business rescue plan calls for massive bailouts and reflect massive losses over the next three years.

In a statement issued earlier this month, Lees listed the total cash requirements over three years.

Access to funding for struggling businesses in the real world is never easy and in almost every case is dependent on the business’s track record.

SAA’s track record speaks for itself: it has been bankrupt for the past decade, relying on bailout after bailout. But instead of erring on the side of prudence, the government has opted for pie in the sky and vainly believes that "the restructuring contained in the Business Rescue Plan for SAA is fundamental and will create a solid base for the emergence of a competitive, viable and sustainable national airline for the Republic of South Africa". Little wonder then that analysts, economists and opposition parties have criticised the ongoing support for the insolvent airline.

There is considerable consensus that liquidation is the only realistic option for SAA at this point and that government should, in no way, shape or form hand out R33 billion bailouts to a bankrupt blackhole of an entity that has not contributed anything to our economy for ten years.

This is not lost on almost everyone, except the minister, which accounts for his broadside aimed at every voice of reason in the country and begs the question as to who is financially illiterate – the informed and responsible consensus or the minister who seeks to continue funding failure? The World Bank who has made it clear that any negotiated loan would be conditional on it not being used to fund failing SOEs, would settle on the latter.

What is worse is that the funding allocation for SAA relies on reprioritised funds from other key areas in challenging and straitened times impacted by the Covid pandemic and a shrinking economy.

Finance Minister Tito Mboweni said the SAA bailout would be financed by reducing the funds allocated to national departments and their entities as well as slashing provincial and local government conditional grants.

It takes only a modicum of financial literacy to understand that funding SAA from these (reprioritised) sources and then ploughing back loan monies down the line into the areas you took from is simply a thinly veiled exercise in a circuitous smoke and mirrors trick.

When is this government going to stop taking from Peter to pay Paul while it continually borrows more – the cost and consequences to be borne by ordinary South Africans – with ever diminishing prospects of sustained debt service and a negative concomitant impact on growth?

After all, finance minister Mboweni has warned, in view of our 95% debt to GDP ratio, of the undesirability thereof and a World Bank Study cautions against a ratio exceeding 77% for an extended period which may result in an adverse impact on economic growth – each extra percentage point of debt above that reducing real growth by 1,7% per annum. Perhaps minister Gordhan should take some lessons in financial literacy instead of lashing out crudely when his fault in his fashioning of finance is exposed for what it is: fruitless and fanciful, destined to widen waste.

As the Institute of Race Relations asks rather pointedly:

"Would you rather keep paying employees to work at companies that aren’t working and that were not working even when the going was good; or would you put cash in the hands of desperate and keenly motivated South Africans that they might seek opportunities where the hope of profit is realistic?"

The minister might exercise his mind under the circumstances and reconsider. He won’t though, because his flight of fancy in a new SAA has little to do financial literacy and more with folly.

- Ghaleb Cachalia is a DA MP.

We live in a world where facts and fiction get blurred
In times of uncertainty you need journalism you can trust. For only R75 per month, you have access to a world of in-depth analyses, investigative journalism, top opinions and a range of features. Journalism strengthens democracy. Invest in the future today.
Subscribe to News24
Related Links
Opposition parties underwhelmed, but ANC welcomes Tito Mboweni's budget
Tito Mboweni cuts from police, justice departments to fund SAA bailout
'We don't need chicken or beef in the sky' - Winde appeals to Ramaphosa, Mboweni over SAA R10bn...
Next on News24
OPINION | Gender-based violence is all of our problem 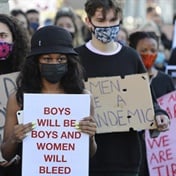